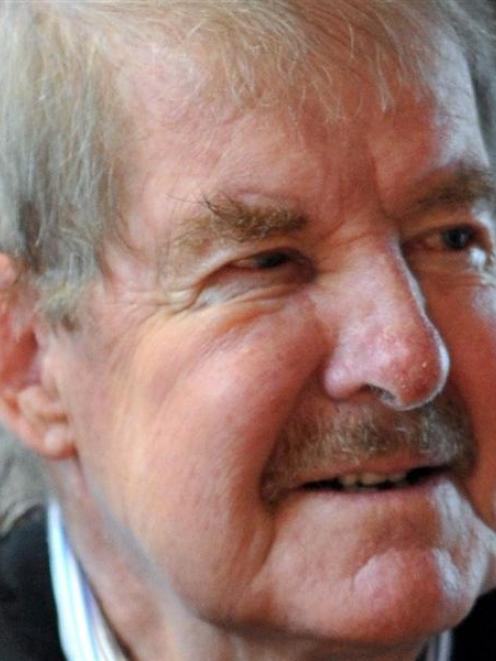 Jock Allison.
Job losses at AgResearch reflect the organisation's financial problems and it should ditch its plan to relocate jobs from Invermay, the research centre's former director Jock Allison says.

''They must do a rethink,'' he said, adding the organisation was in a very different situation than when it hatched the plan to shift staff to Lincoln.

Media reports yesterday said AgResearch was considering cutting about 90 jobs nationwide, but the crown research institute would not discuss the matter, saying only that it would tell staff this week.

Its separate plan to relocate most of more than 100 scientists from Invermay to Lincoln is still grinding on.

Dr Allison blamed a lack of agricultural and industry knowledge in the management ranks for the organisation's woes.

It had lost many senior staff.

''They're running out of money. They haven't got people who can attract funds. They are simply not attracting research funds.''

The Invermay relocation plan should be dropped.

''They've got the best facilities in all of AgResearch in Invermay. They spent $20 million there [about seven years ago] ... and they want to walk away from that and rebuild it all at Lincoln.''

AgResearch had ''just about wrecked'' Invermay's genomics and genetics group, the ''most important animal breeding group in the world'', Dr Allison said.

Eight out of 16 members of the genetics and genomics team had left in the past three or four years.

Staff morale at Invermay was ''awful'', he said. ''They've got their heads down trying to do good research, as good scientists do.''

''There was supposed to be a new business case in June after the previous process was slammed by the auditor-general.

''Staff are still waiting and now rumours are circulating of 90 more job losses. This would be a major blow to science in this country as many will go offshore.''

Auditor-general Lyn Provost delivered her findings in March into the $100million restructuring plan after Labour MPs requested an inquiry.

She said its October 2012 business case needed to be updated.

While it deviated from standard practice in some areas, it was up to standard, and made ''a clear case for change'', she said.

''We are currently finalising the future footprint programme business case and we expect it to be with the minister [Steven Joyce] in October.

''This has taken longer than originally planned because we've been developing the business case in conjunction with work with our partners on the Lincoln Hub business case; and some new opportunities at Food HQ, including working with Massey University on the construction of the new Food Safety Science and Research centre,'' Mr Richardson said.