Retiring uni academic put his life on the line 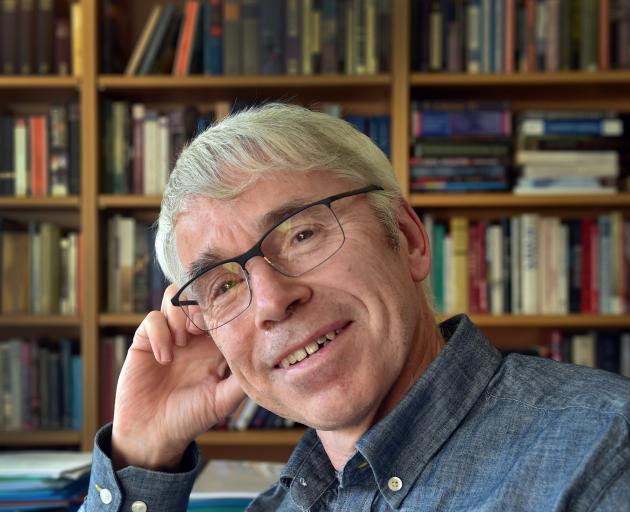 Middle East scholar Prof Bill Harris, of the University of Otago. PHOTO: PETER MCINTOSH
For Bill Harris, risking being attacked by Islamic State fighters in northern Iraq was one he was willing to take to maintain his academic credibility.

"I believe that direct observation under at least some security threat is very important for my credibility in interpreting Middle East war zones," Prof Harris (67) said this week.

Having worked at the University of Otago for the past 28 years, the Middle East scholar plans to continue his research and remain in Dunedin when he retires from the Otago politics department late next month.

The nature of Middle East conflicts and issues had changed over the years but the region remained "critical" to the world's oil-related energy market, he said.

Other "security issues" - such as the departure of 7million people during Syria's civil war - also had complex international impacts.

Prof Harris met his Lebanese-born future wife Afife when he was working at Haigazian University in Beirut, Lebanon, in the late 1980s, and also encountered shelling, both then and during some later visits.

During his visit to east Beirut in 1990, a heavy artillery bombardment by rival forces had killed more than 600 people in the first 18 days.

But the risks Prof Harris remembers most vividly are when he took a trip in darkness - in an SUV, accompanied by an armoured car and another vehicle - in the Mosul area, in northern Iraq in mid-November 2014.

"I am not sure what the potential risk was for a head-lighted mini convoy alone on the Mosul Dam road in the dark," he said.

However, "the silence of my military friends on the exposed 20km stretch said that they definitely felt there was risk".

"I realised there could be an improvised explosive device (IED) or even an ambush."

His military companions were "taking it in their stride and I also most certainly was going to take it in my stride".

He started teaching in the Otago geography department in 1990 and switched to politics in 2000.

Prof Harris, who has learned Hebrew, Arabic and the Turkish language as part of his background research, said there was clearly "a credibility issue" with going into the field and taking some risks.

"If one can demonstrate that one has been on the ground, one has more credibility than simply sitting here and looking at Arabic newspapers," he said.