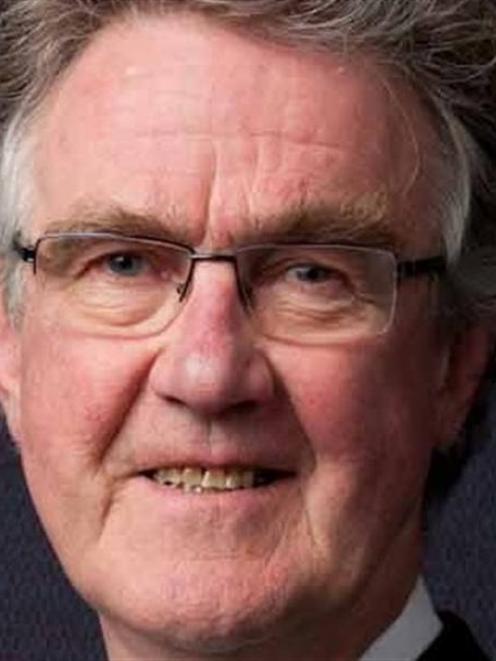 Michael Deaker.
A hearings panel considering the future of Dunedin's bus service gave a clear message yesterday controversial changes to the Brockville route will be reconsidered.

That came as the panel of regional councillors Sam Neill (chairman) and Michael Deaker, along with Dunedin city councillor Aaron Hawkins, sat through the first day of public submissions on the draft regional public transport plan.

About 330 people and organisations made submissions to the draft plan that contains sweeping changes, expected to lead to faster and more direct routes away from smaller residential streets.

The Brockville changes sparked 200 of those, and Brockville resident of ''exactly 50 years'' Graham Facer had researched the service for his submission.

He counted numbers on the Brockville bus heading up Stuart St, which he said were far higher than those going up Rattray St and through Belleknowes, where the new service would take Brockville passengers.

He repeated concerns of other Brockville residents the change would make it much harder for those from the suburb to access Moana Pool, the nearest supermarket in Roslyn, and retirement homes in nearby suburbs.

''What we are being offered in Brockville is an insult,'' he told the panel.

He was clear the proposed changes would be reconsidered.

The hearing also heard a call for a new service to the Orokonui Ecosanctuary.

Conservationist and emeritus professor Sir Alan Mark, who opened the ecosanctuary in 2009, said a bus service would help a facility that added value to the city.

Sir Alan, a member of the Otago Natural History Trust, said two, or preferably three, trips to the ecosanctuary, added on to the Port Chalmers route, would be good for the city.

He echoed the written submission of ecosanctuary general manager Chris Baillie, which said an extension from the Port Chalmers or Waitati routes would be ''vital in assisting the ecosanctuary'' to become financially self-sufficient.

But an Otago Regional Council staff response to an idea supported by 20 others said it would not fit in with what the draft plan was trying to achieve.

The written response said that addition would not ''consolidate and simplify existing services on which the proposed network was predicated'', despite the facility being ''a very worthwhile one''.

Sir Alan called for a trial from November, and in response to a question from Cr Hawkins, said a fare of $5 to $10 would be an acceptable price.

Others who spoke at the hearing called for changes from the provision of a free bus service to automatic deodorant machines to counter body odour and diesel fumes.

Graeme Loh told the panel with the cost of fare collection and money handling, a free bus service may not be much more expensive than one with a 50% subsidy.

Warwick Hogg raised concerns about older buses he said should no longer be on the road, something the panel heard more than once yesterday.

He also suggested buses were equipped with a vanilla deodoriser, similar to those in taxis, to combat diesel fumes and body odour.

The panel will reconvene on Thursday for a second day of hearings.