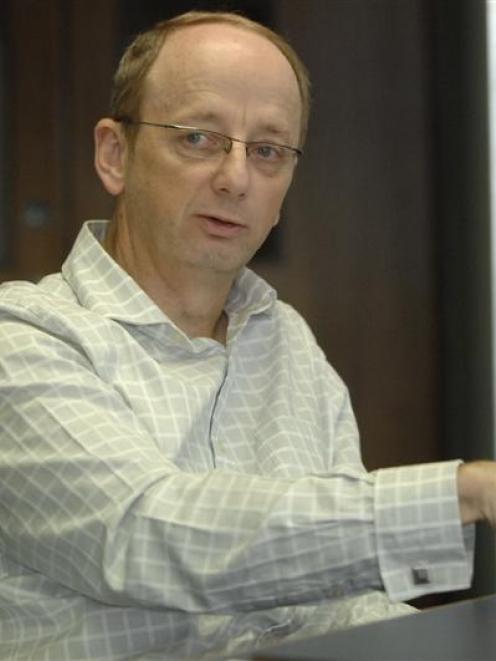 Tony Avery
Road safety, rather than an attempt to create a state highway or heavy traffic bypass "by stealth", was behind the Dunedin City Council's move to spend $5.4 million upgrading Riccarton Rd West, a Mosgiel hearing was told yesterday.

The East Taieri road had 42 reported car crashes from 1999 to 2008, 15 involving injury and one a fatality, with another death last year, Dunedin City Council legal counsel Michael Garbett said.

The future of the road, the subject of a long-running fight between residents and the council, came before commissioners Allan Cubitt, John Lumsden and Peter Constantine at a hearing in the Coronation Hall.

The hearing will decide on the council's application for a "notice of requirement", allowing it to take the land it wants from 33 properties for the project under the Public Works Act if residents refuse to sell.

While the council says the issue is one of safety, some residents have claimed it is more about the council wanting to develop the road into an arterial route, and the issue has dragged on since the 1990s.

The planned upgrade of a 4.2km stretch from Gladstone Rd South to State Highway 87 would include provision of a shared path for pedestrians, cyclists and horse riders, widening and realignment, the provision of safety barriers, and widening of bridges and culverts.

He said the city had been accused of attempting to make a highway or bypass of the road by stealth.

"The clear intent of this designation is to increase safety for all users of the road."

In the late 1990s, he said, in a survey of Mosgiel residents, many raised the issue of the large number of vehicles using Gordon Rd, the main street of Mosgiel.

In 1999, studies of options for an arterial route were begun, considering all the possible options.

After many years of debate, the council could not identify one individual heavy traffic bypass, so its 2006 transport strategy had included a variety of routes.

The upgrade of Riccarton Rd West was part of that strategy, with the safety concerns arising from an increasing volume of traffic, a narrow seal width, lack of a shoulder on the road, limited visibility and deep drainage ditches.

While various alternatives had been discarded or delayed during the process, "the Riccarton Rd upgrade is one project that the council has decided needs to be proceeded with at this time, given the safety issues".

Other witnesses for the council gave evidence about the traffic impacts of the upgrade, noise and vibration effects, and landscape issues, before the commissioners adjourned the meeting for a site visit.

The hearing will continue today, with another council witness, then some of the 31 people who made submissions having their say.