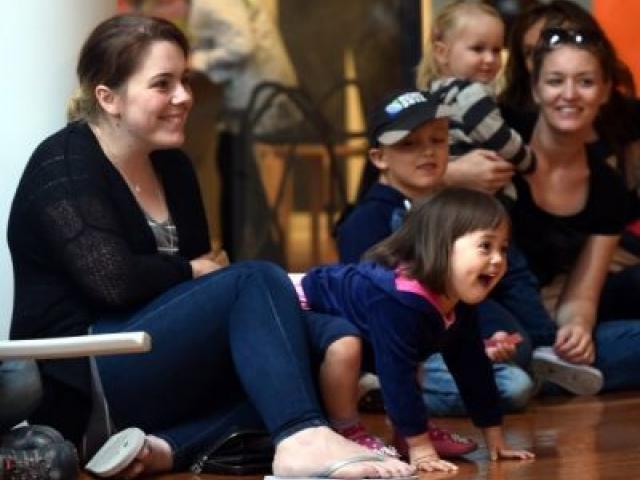 Members of the crowd enjoy a lion dance performance in honour of Chinese New Year in the Dunedin Public Art Gallery foyer on Saturday. The dance was performed by members of the Otago Southland Chinese Association lion dance troupe. Photo Peter McIntosh
China's biggest annual holiday is adding to huge peak-season demand for accommodation across Otago.

A Te Anau i-Site visitor centre spokeswoman said accommodation in the town was ‘‘pretty much full'' this weekend. While Te Anau was traditionally busy at this time of year, Chinese tourists were now a more notable presence.

Milford Sound, Doubtful Sound and excursions to Te Anau's glow-worm caves appeared to be the most popular attractions for the Chinese tourists, she said.

A Queenstown i-Site spokeswoman said there was no accommodation available for less than $200 a night in the town.

Its 24 backpacker hostels were ‘‘fully booked'', as were the bulk of motel and hotel rooms other than those above the $200-per-night price tag, she said.

While Waitangi weekend had always been a busy time of year, Chinese New Year tourists were ‘‘definitely'' making an impact, she said.

While visitor numbers to the city were rising across the board, there was no doubt tourists from China were using their national holiday as a chance to visit Dunedin, a trend she said was ‘‘brilliant'' for the city.

‘‘Dunedin's a great place to be, and it's becoming very popular.''

And numbers were expected to rise as the week-long holiday wore on, she said. Tomorrow and Wednesday tipped to be the busiest of all.