Roving octopus to be freed 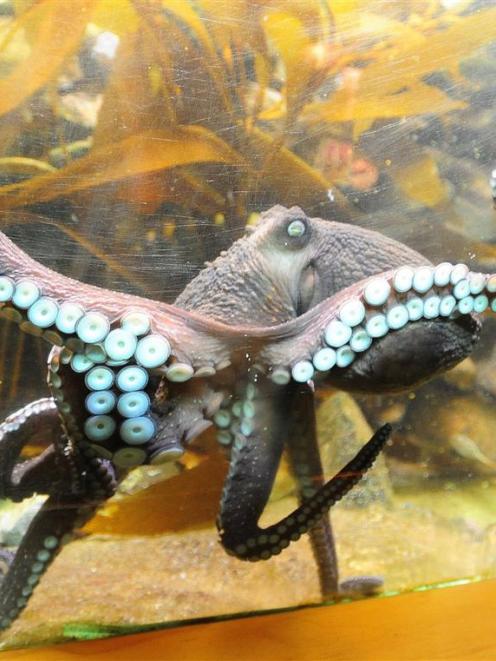 The octopus, the aquarium's star attraction, mysteriously vanished from his tank last month.

All the time, Sid had been using a seawater drain - part of the system used to pump fresh sea water through the aquarium - in a bid to reach the facility's sea water ponds outside.

"With a little gentle persuasion, Sid was finally back home in his tank, hungry but otherwise fine," Ms Mills said.

The sliding doors which provided access to a plastic case over his aquarium tank were now kept tightly closed.

"Once an octopus has learnt to escape, they have a tendency to continue escaping.

"We are still trying to catch a new octopus to replace Sid, who will then be set free."

About 10 years ago, an octopus at the aquarium named Harry - after human escape artist Harry Houdini - escaped from the same tank now occupied by Sid, and was halfway up the steps to the nearby University of Otago marine laboratory when found.