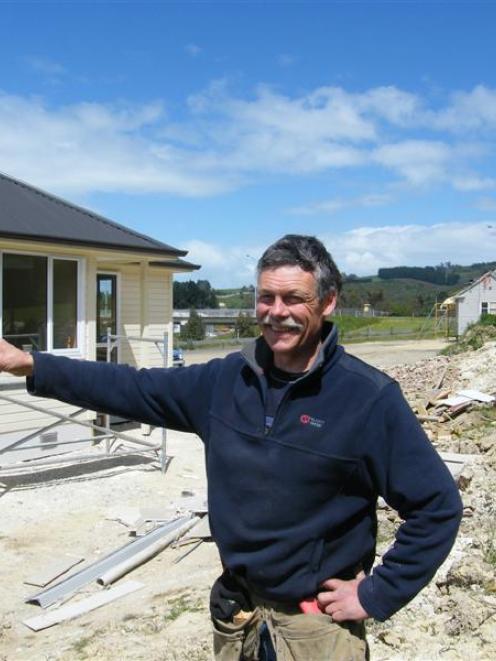 A property investor who owns student flats, Mr Thom is keen to debunk rumours about the future of the 2741sq m site near the Southern Motorway Fairfield on-ramp.

Mr Thom has relocated two houses to the property, which he is renovating before renting them out.

He intends to add a third house.

His plans had nothing to do with nudists, television shows or gangs, he said.

Rumours about the property first reached his ears about six weeks ago.

"People were saying it was a nudist colony," Mr Thom said.

"Then someone came and asked if it was for a Mitre 10 Dream Home show.

"At first it was funny."

But the most persistent rumour, which became increasingly concerning, was that the houses were to be a gang headquarters.

The Star was contacted by a concerned Fairfield resident who had heard the Mongrel Mob owned the property and the relocated houses.

Detective Sergeant John Hedges, of Dunedin CIB, said he had heard the rumour and had checked it out.

The property and houses were not gang-related, Det Sgt Hedges said.

Mr Thom is concerned about the rumour because it has taken a nasty turn.

"I was told there was a petition being formed against it [the property development] and that they were then going to send someone in to burn them down," he said.

He has added security lighting.

This week he telephoned nearby Fairfield School "and explained it was a malicious rumour".

"I can understand how the rumours started, because they were older buildings.

"I'm renovating them to a high standard. They will be really nice houses."

Mr Thom plans to have the first house tenanted by March.