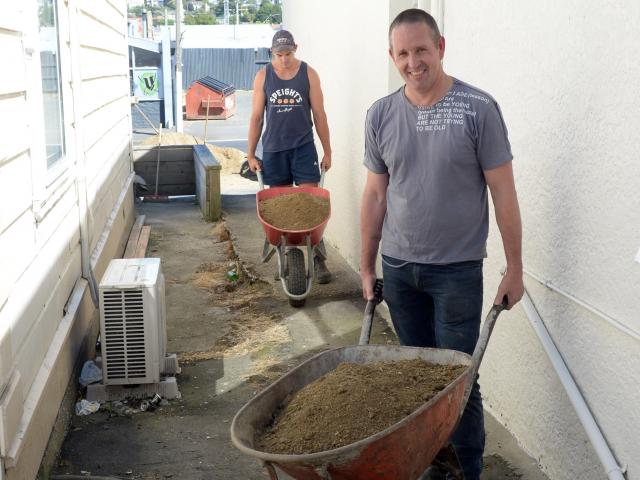 Dunedin's landlords are taking advantage of the school holidays to prepare for the arrival of next year's tenants.
The Queenstown Lakes District Council is likely to decide next Thursday if it will sell its prime Scurr Heights land in Wanaka.

Former classroom 'pods' at the Kenmure Intermediate School site in KaikoraiValley, now a firewood merchant, are up for sale for relocation.

None of Dunedin's houses will pass a rental warrant of fitness if the standards used during a recent trial of scheme are applied.

The Government's failure to ''get a grip'' on electricity prices and the property market resulted in the Reserve Bank again lifting interest rates, Green Party co-leader Metiria Turei said yesterday.

House prices are being picked to continue to rise for the year and flagging sales numbers get a boost, before hitting a ''pervasive slowdown'' in 2015, according to Westpac economist Dominick Stephens.
Rural land has made the biggest gain in the latest Central Otago revaluation, with dairy properties increasing in value by up to 40%.
Residential property values remained relatively flat in parts of Otago last year, any increases well below the national average rise.
New Zealand has one the world's most over-valued housing markets, according to the Economist.

From the outside, the jobs of golf professional at the home of the Ryder Cup and property manager in Dunedin might not appear to have much in common.
There were 80 property sales totalling more than $53 million in Queenstown last month, making it the strongest month for the resort in five years.

Despite the worst of the economic recession being over for two years, mortgagee sales are trending higher again, particularly in provincial and rural areas.
Demand for Queenstown properties worth more than $1 million increased in April.

Mosgiel buyers seeking sections to build on appear to have made their move, with locals accounting for the majority of more than $5 million in sales at the HeathField subdivision.

Confidence in the Wakatipu's real estate sector as a lifestyle and holiday home destination will be tested when Bayleys Queenstown auctions 20 homes, apartments and bare section plots in "The Big Call" on May 3.

A two-bedroom cottage on a 637sq m section, a stone's throw from Lake Wanaka, sold for $1.1 million at auction at the weekend, well above its rateable value of $880,000.

Strong sales volume growth is continuing in the rural property sector, figures released by the Real Estate Institute of New Zealand show.
North Otago residential property sales last month continued to improve, compared with the same month last year, building on trends of a slow recovery.
New Zealanders want safe backyards for their children and access to good schools - and will pay hundreds of thousands of dollars for them.