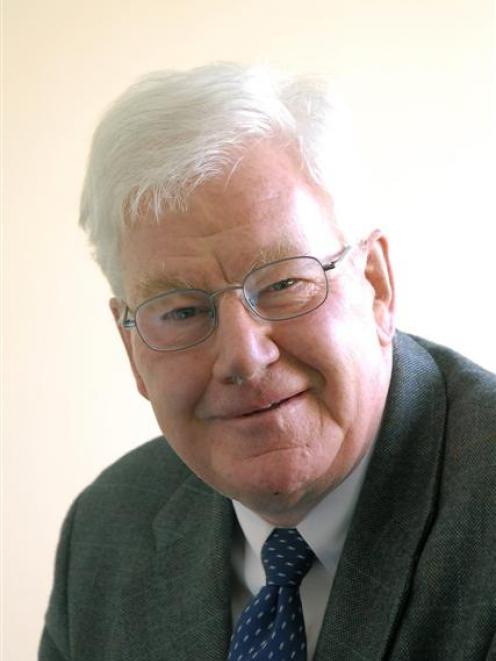 Joe Butterfield
The heat is on over the immediate future of the Otago Therapeutic Pool, in Dunedin.

The Southern District Health Board and the Otago Therapeutic Pool Trust are at odds over how long the pool can be safely used before its future is decided.

The board says there is a health and safety issue in not draining the pool at the end of this year, but the trust wants to wait until the middle of next year, and says it is safe for the public to use.

The trust says it would benefit from the extra time to find a solution to the pool's future.

When the pool is drained it is expected some of the tiles will fall away, triggering the spending of up to $400,000 of an estimated $1 million upgrade.

The health board yesterday considered the matter at a meeting in Dunedin, but resolved little except agreeing to encourage discussion with the trust and the Dunedin City Council.

Board members largely expressed little enthusiasm for keeping the pool, or at least for the financial risk it posed.

Board members Richard Thomson and Dr John Chambers, both of Dunedin, spoke in its favour.

Mr Thomson said the board's tone should change to emphasise ''hope and opportunity'' around keeping the pool.

The board, described yesterday as ''broke'' by chairman Joe Butterfield, says it cannot afford the pool's $100,000 annual operating shortfall, or the required upgrade.

Trust secretary-treasurer Neville Martin said the pool, which has not been drained for 18 months, was not a health and safety risk.

He said the board was too focused on the required capital spending of up to $1 million, which could be fundraised.

The board should contribute to the running costs of the pool, the level of which could be negotiated.

''The value of this facility is well founded and widely recognised among those who work in the health sector and folk in the Dunedin and Otago communities,'' Mr Martin said.

''It is too precious to allow a cost-saving agenda across the breadth of SDHB to end it.''

After the meeting, Mr Martin said he had considered the deadline, and while December was long enough to find a solution, he would prefer more time. The pool's water met safety standards.

''I also want to consult the DCC about the advice from SDHB management that for health reasons the pool must be emptied at the end of this year.''

''This aspect appeared to dominate the chairman's reasoning to stay with the end of year deadline,'' Mr Martin said.

''I am not sure that the board members - apart from a couple - took on my submission about who needs to fund the capital expenditure.

''It appears to me that this is still affecting their judgement and their decision to close the pool.''

Earlier, Mr Butterfield told board members the pool must be drained at the end of the year as it posed a health and safety risk. Draining it would initiate upgrade work the board could not afford, as it had severely limited capital spending ability.

Mr Butterfield said he had shifted deliberations on the pool into the public section of yesterday's meeting, because of the publicity generated by its possible closure.

It was revealed yesterday the decision to close the pool was made in a public-excluded health board session in May.