Sailor’s round-world bid getting back on track 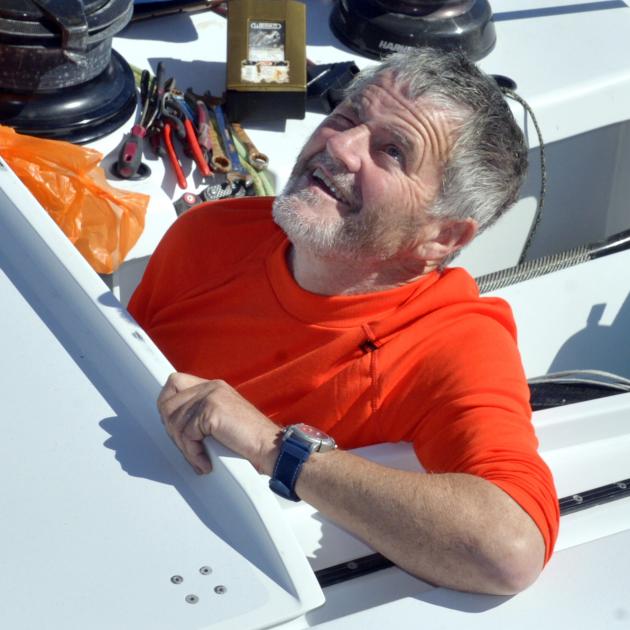 Irish sailor Enda O’Coineen watches as a replacement mast is mounted on his racing yacht, Kilcullen Voyager, in Dunedin yesterday. Photos: Gerard O'Brien.
The spirit of an Irish sailor stranded in Dunedin is unsinkable.

Enda O’Coineen is getting his bid to be the first Irishman to single-handedly sail around the world back on track. 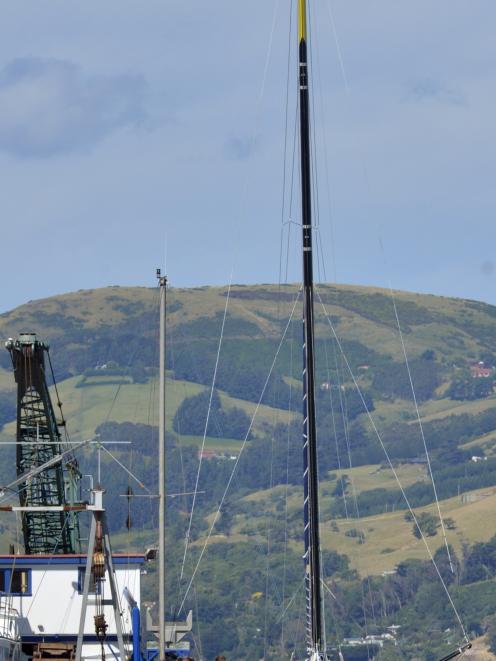 A smaller replacement mast gets mounted on damaged race yacht Kilcullen Voyager (foreground) moored behind another damaged race yacht, Le Souffle du Nord, in Dunedin’s Steamer Basin yesterday.
He jibed into trouble 180 nautical miles southeast of Dunedin and a strong squall broke his yacht’s mast, which was about 30m high.

He had hoped to sail his 18.3m racing yacht Kilcullen Voyager around the world in 100 days.

The damaged yacht was towed to Dunedin by fishing trawler Lady Dorothy, skippered by Steve Little, on January 5.

Mr O’Coineen said he had enjoyed his stay in Dunedin, after 60 days alone at sea.

After the story of his rescue was published in the Otago Daily Times, Dunedin plumber Blair McNab gave the stranded sailor a 9m mast. Mr NcNab said he gave the mast because it had been "sitting around" since he replaced the mast on his yacht five years ago.

"I’m glad to see it get some use and get this guy up to Auckland."

Mr O’Coineen said even though the mast was much smaller than his original  one  it should allow him to sail to Auckland.

The original mast on his yacht was the same size as the mast of fellow Vendee Globe yacht Le Souffle du Nord.

The French yacht was also moored in Steamer Basin after being damaged when it hit an object, possibly a shipping container, in open water south of New Zealand.

If the smaller mast got Kilcullen Voyager to Auckland, someone in the city would have the skills to repair the yacht, including fitting a bigger replacement mast, so it could finish its journey as planned.

The short-term plan was to have a few farewell drinks with his new friends in Dunedin this weekend and set sail from Steamer Basin at 11am on Sunday, Mr O’Coineen said.

He was out of the race but he still aimed to make the record books.

"I’m the first Irishman to sail single-handedly halfway around the world — I’ve just got to do the other half."

He  vowed to keep his New Year resolution and take fewer risks  but some habits were hard to break.

"If you’re not living on the edge, you’re taking up too much space."