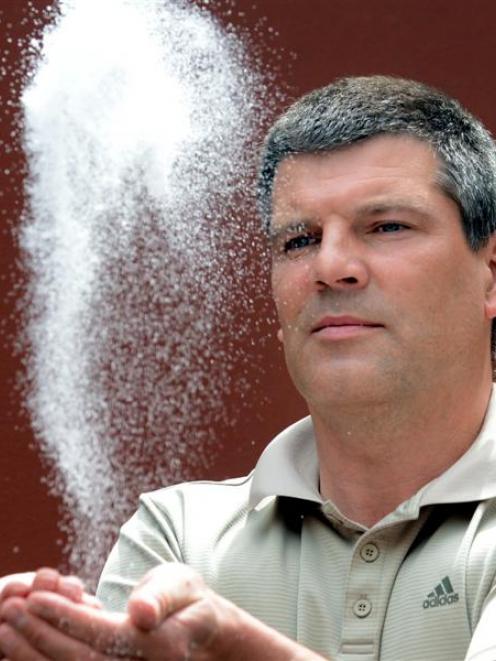 University of Otago neuroendocrinologist Associate Prof Colin Brown has been involved in ground-breaking salt research. Photo by Peter McIntosh.
We have been told for years to limit our salt intake for the sake of our health.

Now, new research carried out on rats, partly conducted at the University of Otago, has discovered how salt affects a part of the brain that controls blood pressure.

Researchers said in a press release more research was needed on whether the same thing happened in humans, and how it might be reversed.

The link between salt and hypertension is well known, but the research demonstrated a brain mechanism by which salt affects blood pressure by altering neurons that release the hormone vasopressin.

Excessive salt interfered with the natural safety mechanism that prevented high blood pressure, when ingested over a long period.

''This was a truly international collaboration.''

Otago's contribution was testing the electrical activity of single brain cells in anaesthetised rats at the same time as recording their blood pressure. Only a handful of laboratories in the world were able to conduct that experiment, Prof Brown said.

Prof Brown said the research reinforced existing messages about salt intake, but did not change its safety profile.

''It doesn't change that fundamental message. But it does give us an explanation of why.''

Prof Brown said the research could possibly be used to develop drugs for certain kinds of hypertension, but warned it did not mean the development of a ''wonder drug''.

Hypertension was like cancer, in the sense that it had many types, he said.