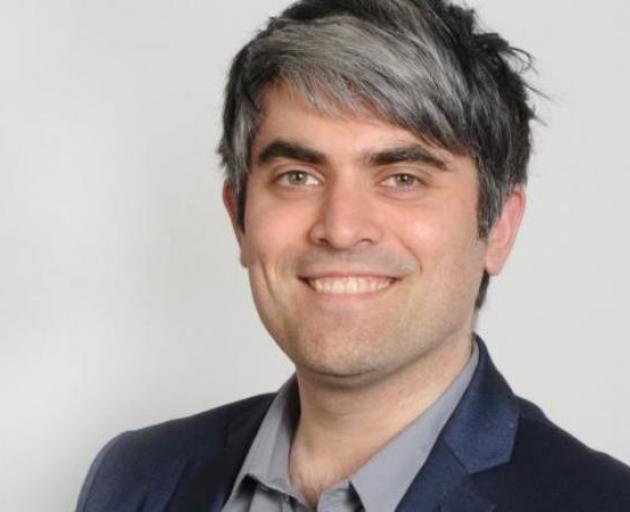 Central city parking, traffic flows and a lack of council transparency were other issues raised in the latest survey of more than 1300 residents’ views.

Parking satisfaction in the central city remained low at 20%, alongside satisfaction with roading infrastructure which fell from 35% to 30%.

Satisfaction about on-street parking was 23%, while 24% were happy with the flow of traffic at peak times.

More parking, being more environmentally friendly and improvement of roading infrastructure were described as top priorities.

No enough public consultation was undertaken, residents said, evidenced by a 10-point drop from 48% to 38%. 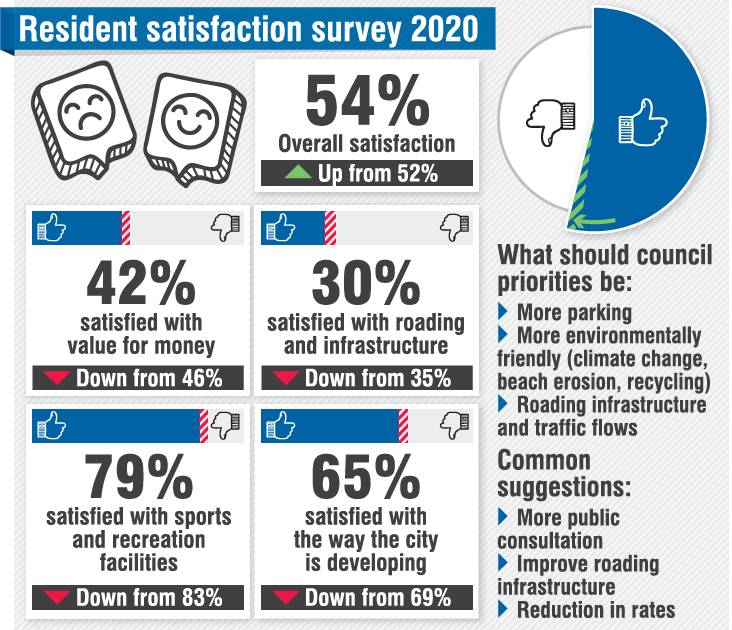 Residents commented on the need for more consultation about key projects and improved transparency, noting the importance of listening to the public, a report to be discussed by the Dunedin City Council said.

Service and infrastructure received the highest overall satisfaction rating at 66%.

Performance of the mayor and councillors dropped from 43% to 40%.

Mayor Aaron Hawkins said the survey provided a useful snapshot of how people were feeling and showed the council where to focus its attention.

It was encouraging to see a slight lift in satisfaction with council as an organisation, he said.

"The solutions to the two biggest issues, for example a desire for greater climate action and providing more car parking, are irreconcilable, at least on the surface.

"Likewise, people want us to do more to up our game in some areas but also want us to reduce rates and debt ... managing these competing priorities is the job at hand when we sign off on our draft 10-year plan."

He encouraged people to share their views during the formal 10-year plan feedback process between March and May.

Time for VdV to chat with and plot with Radich. VdV needs to endorse Radich for mayor. With his support base Lee can be deputy mayor and rid our city of our current mayor. This model is the only way the numbers stack up to cull Hawkins.

Will the DCC listen to its ratepayers? No. Lip service, yes. Their actions speak louder than their platitudes. The current mob at the DCC has disdain for ratepayers' views because they know better. They hate cars, business, fossil fuels etc. Yet not one of them can live a day without using the things they hate - total hypocrisy.

"The solutions to the two biggest issues, for example a desire for greater climate action and providing more car parking, are irreconcilable",
Of course they are reconcilable, person who think otherwise is unfit for job. Just build more ev-only parking/subsidise ev, rollout strict emission control as a part of WoF etc., from the top of my head (can I apply as DCC consultant and charge $200 per hour now?)

Typical politician, focuses on the one aspect that has improved slightly but ignored all the areas that he has ensured went down. As for parking and climate action being irreconcilable - what utter tosh. Hopefully this is a one-term mayor.

I agree. I believe my environmental footprint could be reduced if I were able to park free of charge in a convenient central location for shopping and entertainment needs. No driving around looking for spaces, not having long waits at every set of traffic lights, not having to return to the car because my time limit is up, not having to make multiple trips to avoid expensive long stay charges. Council would also reduce their carbon footprint as they could do away with most of the traffic wardens, their mopeds and parking meters. It would also increase retail and entertainment spending while making no car areas less inconvenient.

Yeah well, at least people can see for themselves the greens have no idea how to run a council.

They're only just now warming to their posts Keith, wait till the extra rates cash rolls in... then your point will be well and truly proven. Wait till they find out that plastics are made from fossil fuels, copper and cobalt isn't infinite and that lithium mining also has a massive environmental impact. They'll then tell us we'll be driving around in 'blow carts' made from bamboo and punga logs!!
700-page multimillion-dollar reports to nowhere, a three lane cycleway to Timbuktu, knee deep in sea water, a sand bagged hospital and debt to the whazoo. Then they're come up with yet another 10-year plan for the future... the dawning of the age of Aquarius...
Roll on next election.

ODT, your headline is an example of only bad news being ‘news.’ How does this headline accurately reflect the survey results? Only a 10% drop in one aspect is referred to in the headline using the sensational word ‘plummet’ but overall satisfaction is about the same. Also, it would be useful to know how this survey was done, for example, the size of the sample and how significant various percentage changes are. I suspect not very.