'Save our site' campaign for hospital 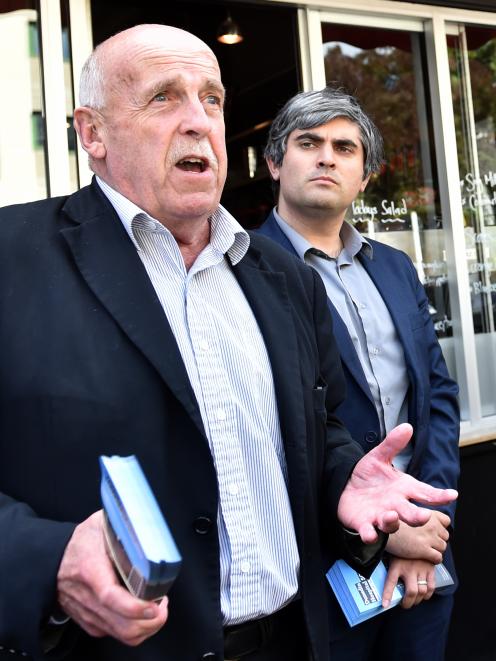 `SAVE our site'' is the slogan of a Dunedin City Council-backed hospital site public campaign launched today.

Cr David Benson-Pope said the campaign will pressure the Government to drop unpalatable site options for the Dunedin Hospital rebuild.

The options the council wants off the table are:

Cr Benson-Pope said he was surprised at the relatively large crowd gathered on the pavement outside Frederick St cafe The Fix, as the council had not tried to drum up numbers.

Up to 40 people attended.
Several other councillors spoke to the crowd on the same theme.