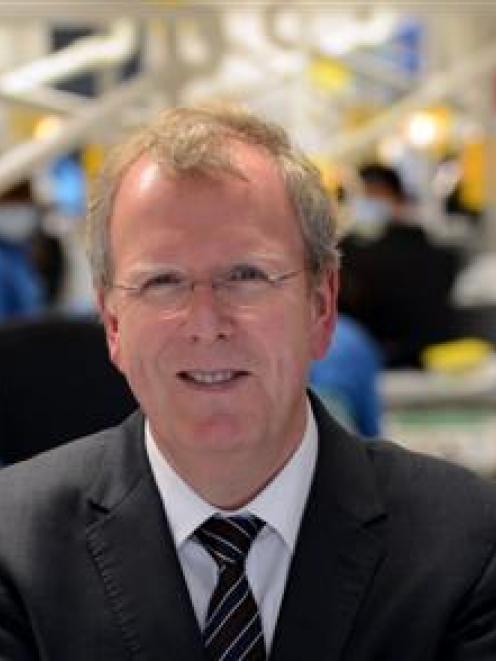 Otago University's Faculty of Dentistry Professor Paul Brunton. Photo by Peter McIntosh.
University of Otago's School of Dentistry will be ''highly sought after'' by staff and students after beating Harvard University in global rankings.

The university is the first in New Zealand to have a subject ranked in the world's top 10, after its dentistry offering was ranked eighth in the QS World University Ranking by Subject.

Otago University's School of Dentistry beat some of the world's most prestigious universities, including Harvard University, which came ninth.

Faculty of Dentistry dean Prof Paul Brunton said the school was already a world leader, but the rankings would make it more ''highly sought after'' among the best and brightest staff and students around the globe.

He had known the school would do well, but admitted it was a ''slight surprise'' just how high up the rankings it was.

''I was formulating a five year strategic plan for the faculty to get us in the top 20, and now I'm going to have to rewrite that.

''It's recognition of the excellence that exists in this rather old building that's shortly going to be given a facelift.''

That facelift and construction of a new clinical building next year - previously estimated to cost ''well over $100 million'' - would increase the number of places available at the school and the ranking would make filling those places easier.

It would also help ensure the School of Dentistry stayed high up the rankings.

''It would be nice to be even higher up next time round.''

He singled out the school's ''internationally renowned'' research as a specific area of strength.

Prof Brunton said the first thing he did yesterday morning after the rankings became public was email staff and students to congratulate them.

Vice chancellor Prof Harlene Hayne said she was ''delighted'' at the ranking and paid tribute to staff for the quality of their teaching and research.

''The university had already identified the school as a top performer and made a strategic decision to invest in a major redevelopment of its facilities, with work scheduled to begin in November,'' she said.

Dentistry was joined by psychology (ranked 31st) as one of two Otago subjects to feature in the world's top 50. English language and literature, history, philosophy, geography, development studies, education and law at Otago also featured in the world's top 100.

The QS World University Rankings by Subject, which is in its fifth year, ranked more than 3500 universities around the world based on the quality of their teaching of 36 different subjects.