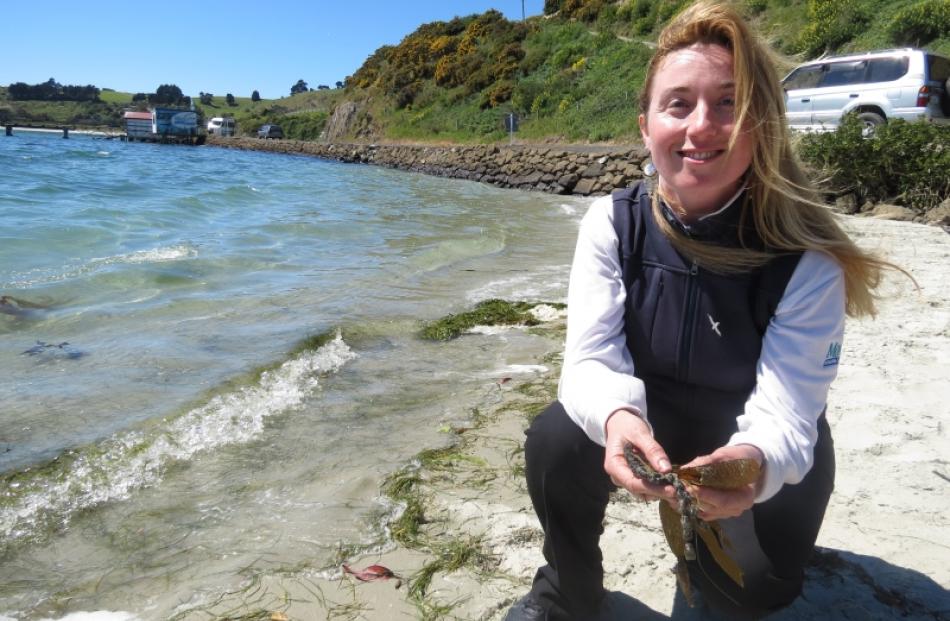 Our Seas Our Future co-ordinator Suzanne Burns will be leading the group's new Adopt a Coast pilot project this morning. Photo by Jonathan Chilton-Towle

Dunedin school pupils are getting involved in a new Our Seas Our Future (OSOF) project aimed at conserving the local coastline.

The OSOF group is launching the Adopt a Coast project with a pilot programme involving group of 27 Year 9 pupils from Kavanagh College at John Wilson Ocean Drive this morning.

The pupils will adopt an area of coastline by visiting regularly to carry out a beach clean-up, followed by a Marine Metre Squared (MM2) session, to survey the local intertidal species living in the area.

The pupils will also record and collect information on the type and quantity of rubbish collected and local species found in the area.

''It's got the potential to be applied across many schools,'' he said.

How often the school groups returned to clean up their adopted areas was entirely up to them, he said.

Marine pollution threatened the health of Otago's coasts and oceans and could also affect wildlife. Preventing marine pollution was very important for the wellbeing of the sea and the life it contained and also for people, Mr Jhinku said.

OSOF is a non-profit marine conservation group based in Dunedin, comprised of a group of individuals who are passionate about protecting New Zealand's coastal and marine environment.

OSOF regularly co-ordinates coastal clean-ups in the Dunedin area, to highlight the issue of marine pollution and also its effects on ecosystems.