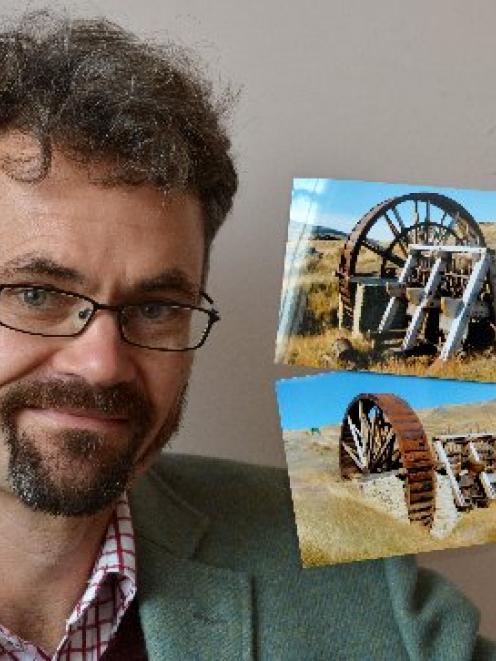 Mr Petchey is a member of the Gasworks Museum trust board, and recently completed a nearly 800-page PhD thesis in archaeology, at the University of Otago.

His study focused on about 100 ''stamper batteries'' used, throughout the country, for crushing rock to extract gold.

And he will be among about 250 graduands who will graduate in person from the university with qualifications in humanities, in a ceremony at the Dunedin Town Hall at 1pm tomorrow.

Protecting and developing industrial heritage assets often initially took ''a bit of vision and a bit of work'', but the success of the Otago Central Rail Trail in injecting significantly increased visitor spending into many Central Otago communities showed what could be achieved.

Many ranged in weight from about 10 tonnes to more than 40 tonnes, and some were three storeys high.

By generating gold, such mills played a ''very important'' role in the early development of Dunedin, as the country's most commercially important city, in the 19th century.

Organised trips were already taking visitors to some mill sites, such as at Macetown, but there was scope for more tourist involvement.

He was ''relieved'' to have completed his studies and it was ''very satisfying'' that the Department of Conservation was using his research in its management of stamp mills.

Stamper batteries operated in Otago for more than 50 years, starting in the early 1860s, with the largest numbers operating simultaneously between 1890 and 1905, he said.

English-born, Mr Petchey has two earlier Otago degrees, including an MA in archaeology.