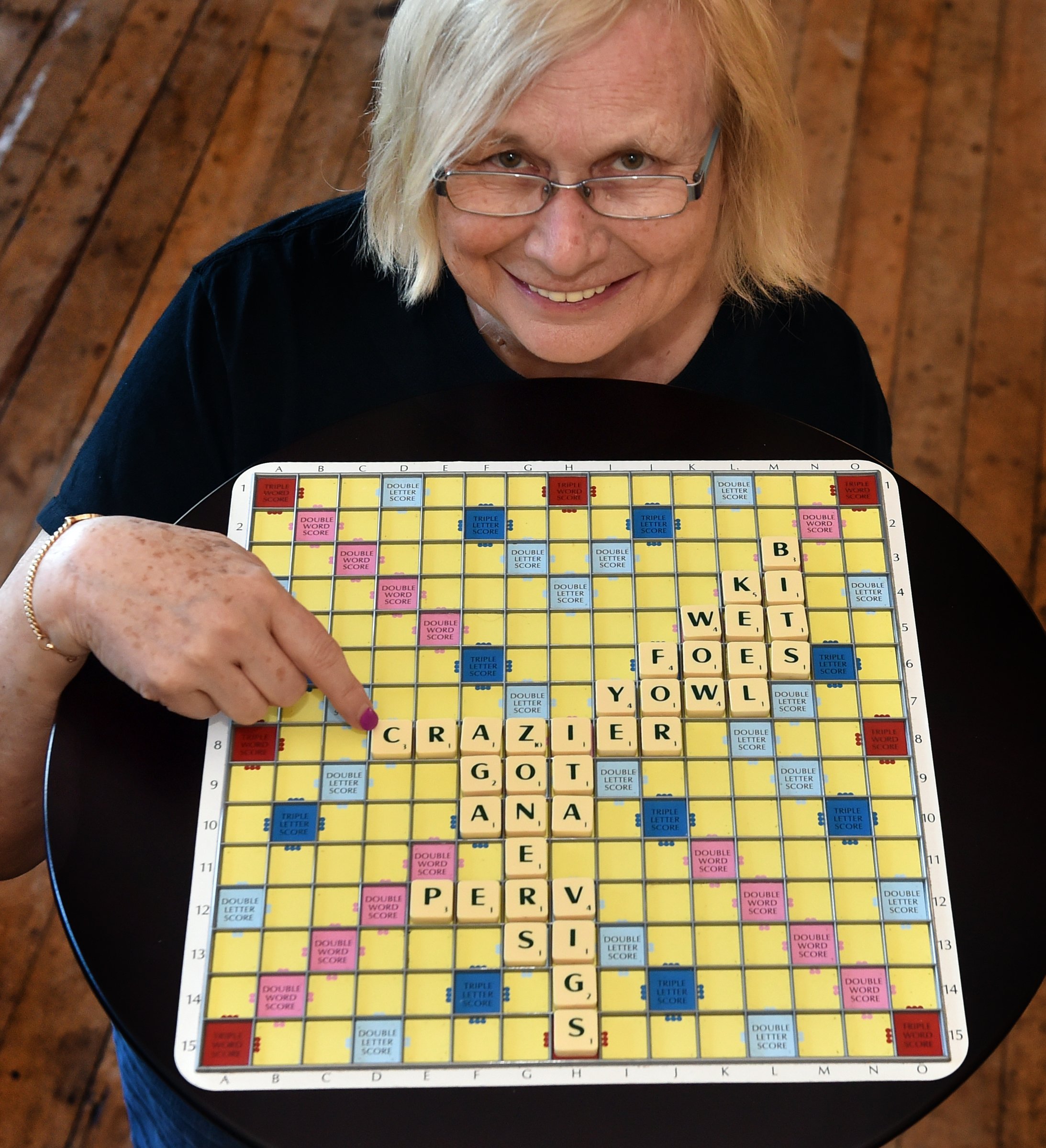 Dunedin Scrabble Club president Ruth Groffman prepares for a busy weekend, including against transtasman ``foes''.PHOTO: PETER MCINTOSH
Imagine you're playing in a Bledisloe Cup clash against Australia but as you dive for the try, you find yourself holding a Scrabble dictionary and not a rugby ball.

Something a bit like this will happen for the first time in Dunedin today,when a 12-strong New Zealand team fronts up against its Australian rival in the Transtasman Scrabble Challenge.

In the New Zealand team for the latest challenge are two of the city's top players, Peter Sinton and an "excited" US-born Scott Chaput.

"I was one of the reserves and a couple of people dropped out, so I got moved up," Dr Chaput said.

"I'm not worried about the individual glory - I'm out to help the team."

The powerful Australian team is usually untroubled by a hard day, or night, on the tiles, and has won most of the biennial clashes, which began in the mid-1990s.

Mr Grigg recalled once scoring strongly with "euouaes", a word derived from a Latin abbreviation and liturgical books.

But shorter words, like iris, irid and imid, were handy for getting rid of difficult "i" vowels, Dr Chaput said.

Arabic words like qaids (Muslim tribal chiefs) also helped when there was a "q" but no "u" available.

Dunedin Scrabble Club president Ruth Groffman, a former vice-president of New Zealand's national Scrabble body, is "really excited" the challenge is at last being hosted in Dunedin, after years of lobbying.

The event starts at the Otago Bridge Club this morning, and a domestic Scrabble event, the Southern Hospitality Tournament, starts at the St Kilda Community Centre tomorrow.