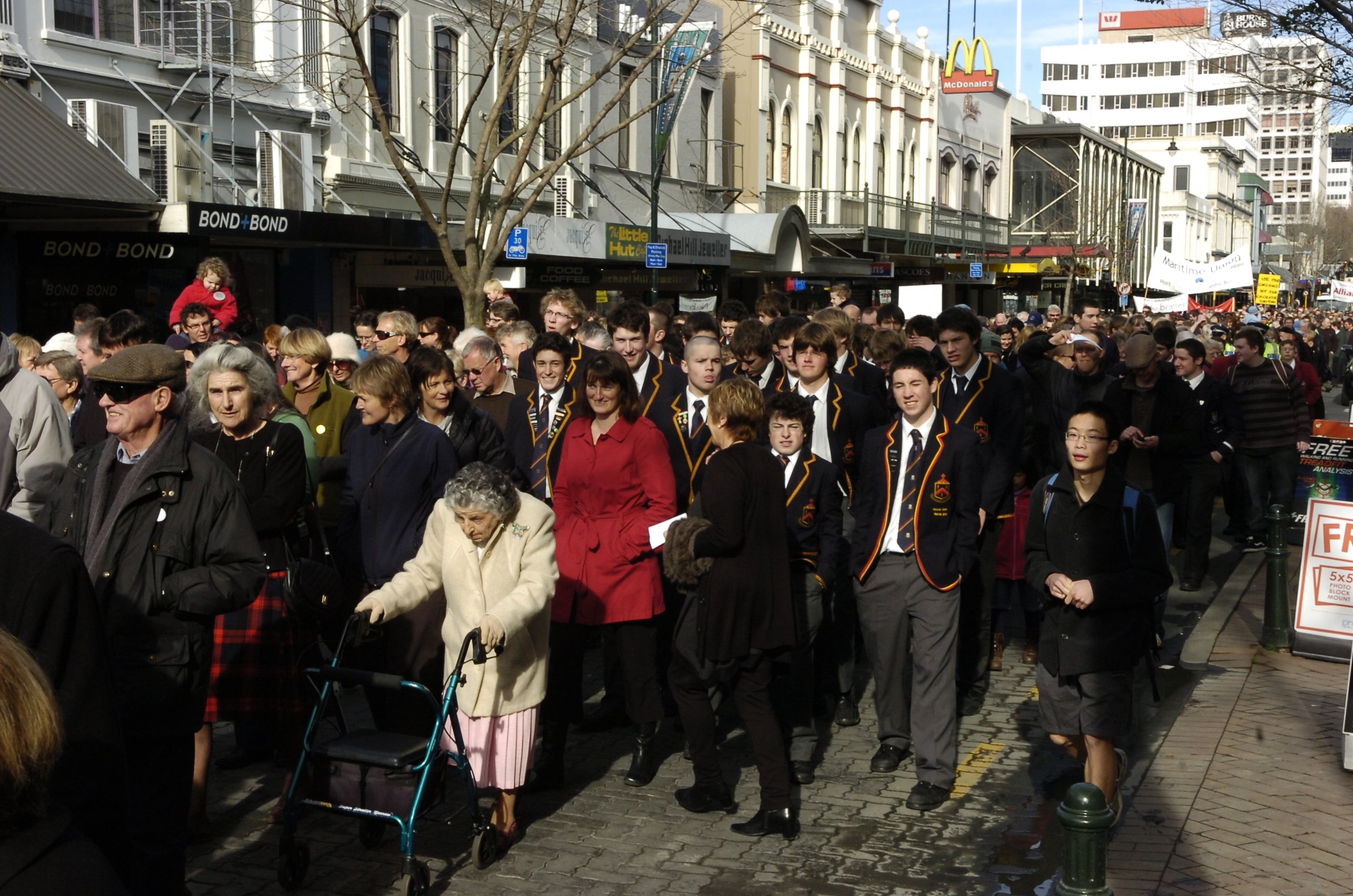 Protesters on the streets of Dunedin over the proposed loss of neurosurgery services in 2010. Photo: ODT files
The loss of local decision-making about health services could lead to people marching in the streets, Dunedin list MP Michael Woodhouse has warned.

"The people of the South are going to have decisions made for them about their health services from Christchurch and Wellington," Mr Woodhouse said.

"That loss of autonomy is an extremely concerning development."

The Government announced yesterday 20 district health boards would be scrapped and replaced by a national entity and four regional branches.

Health Minister Andrew Little said the health system was not in good shape and having 20 "decision-making points" did not help.

The new structure would include boosted forms of local input, he said.

Mr Woodhouse doubted decision-makers in Christchurch and Wellington would be sympathetic to Otago’s interests.

"We marched in the streets to maintain neurosurgery services. 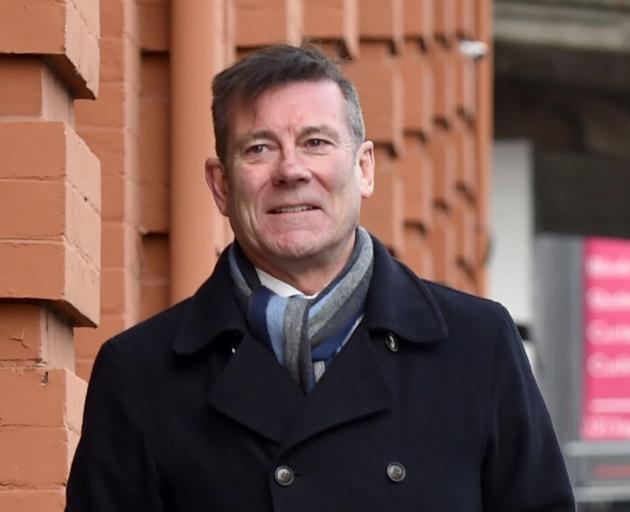 Michael Woodhouse. Photo: ODT files
"I expect we will need to dust off our placards."

Dunedin Mayor Aaron Hawkins said centralisation was unlikely to lead to a flexible and responsive system.

"It’s very clear that this Government’s default setting is removing the voice of communities from the decisions that most affect them," he said.

"We’ve seen it with polytechnics, it’s the basis of the reform programme for water service delivery and resource management, and now we can add the public health system to that list."

"This will set back our health system years, if not decades," he said.

"It’s going to make decision-making more distant and there’s a greater chance, therefore, of getting it wrong."

Public voices and those of health professionals helped decision-making, he said.

Bold reforms were needed, she said.

Mr Woodhouse- You don't have a leg to stand on with comments like that. After 10yrs of neglect and delay by his National Govt. the health system is in disarray. Key appointments of Board personnel led to the multinational Compass takeover and terrible food for 15 yrs and the clinical staff being treated badly while you built up the Private health system. You are inciting marching and demonstrations when you don't even know how people feel. We voted elsewhere.

To be fair, the funding has been inadequate for decades, Labour have nothing to shout about either. Couldn't agree more about the food though. It is the worst I have experienced in any hospital anywhere. Compass have an internationally bad reputation, so that contract was a huge mistake.

You're right Mike...Marching in the streets in CELEBRATION!

It's about time OUR taxpaying money was spent on doctors, nurses and patients instead of boards, chairpersons and endless MEETINGS.

Sadly hospitals (and health systems) don't work without good management structures. The present system clearly doesn't work and needs a complete rethink but there will need to be substantial investment in any new structure. The proposals so far lack in detail but there should be real concern at the idea of everything being run from Wellington; they don't have a good track record.

As per normal, the Nats are barking at every car with no knowledge of what the general public think and no idea on what they should do other than reverse these changes.
The present system is broken and the Nats had a lot to do with why during their 9 years in charge

Are you going to be leading the charge Mikey? Hypocrite.

Woodhouse, you're an embarrassment to the Nats - along with a few others. You ran down our hospitals in the name of hoping to privatise them. I just wish the media would stop giving your party the mileage and dissing the current govt all the time.