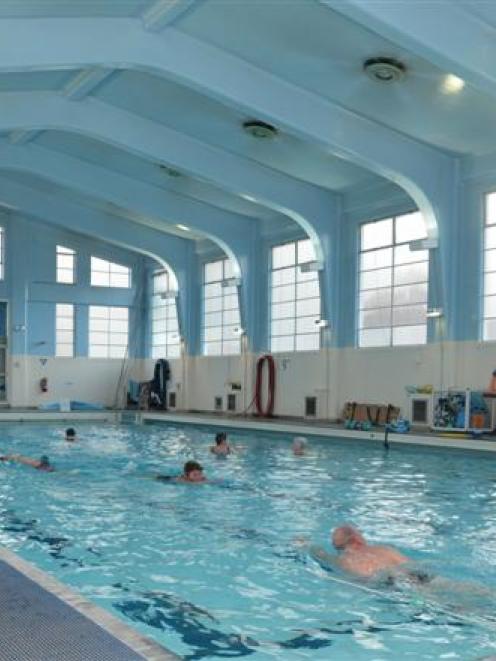 The Southern District Health Board has changed its mind and is to discuss ''a resolution'' in relation to the pool at its board meeting in Invercargill this morning, a spokesman said, after the board had earlier said it would leave the decision until its October or November meeting.

Hopes are the board will agree to keep the pool open until the end of June, after the trust that runs the pool secured $50,000 to cover the pool's operating cost shortfall to June and the Dunedin City Council this week indicated support for a feasibility study required before decisions can be made on the viability of the pool and its long-term future.

Otago Therapeutic Pool Trust secretary-treasurer Neville Martin said earlier this week a positive decision by the board, allowing the trust more time to evaluate what work was required to upgrade the pool and what it would cost, was critical.

It was important a decision was made now because of the tight timeframe the trust would then have to get the feasibility study done and, should it show it was viable to keep the pool going, work out a financial strategy to support that.

At this stage, the SDHB is to close the pool in December because it says it can no longer afford the annual operating costs or an expected $1 million pool upgrade.

The trust has proposed it and the community would raise the money needed for the upgrade.

Following a meeting on Monday between the trust, the council and the SDHB chief executive and chairman, the health board said it would ''reconsider'' the December closure date at its October or November meeting.

That was despite others present at the meeting leaving with the impression the SDHB was going to discuss it today.

Mr Martin said October or November would be too late to save the pool.

An extension to June would give comfort to the public that the chances of keeping the pool open were improved and that donating money would be worthwhile.

''Therefore, it is important to the trust that the SDHB makes the decision this week rather than in October or November.''

If the SDHB decided this week to keep the pool open until June, the trust would be able to apply for a grant for the feasibility study and engage the right people to undertake it.