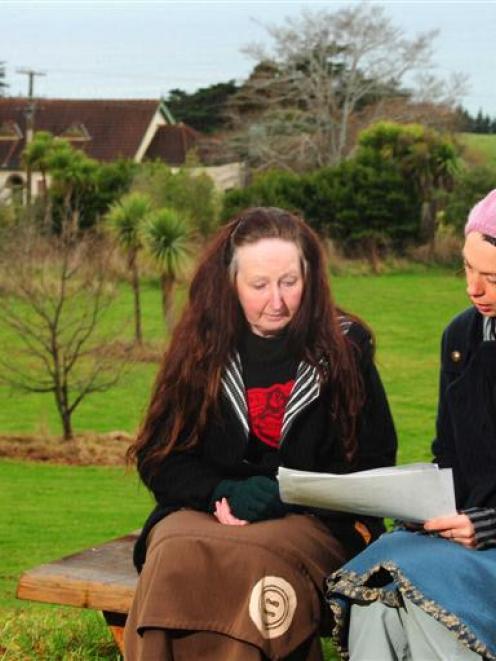 A corner of the former Seacliff Lunatic Asylum grounds is to be established as a community heritage orchard, with planting to start next month.

The Waikouaiti Coast Community Board granted $600 for the orchard last week, and the Truby King Reserve Committee plans to use $734 of its own funds for the venture.

The plantings will complement existing apple and walnut trees, the remnants of the asylum's original orchard.

More and more, people were interested in returning to the home-making of the 1950s and 1960s before processed food and supermarkets took over.

Also, people hankered to be creative and inventive, as well as turning out tried and true favourites.

"People just want to make apple pie like Nana did."

Heritage apples had become less popular because many were of the cooking variety, but, with increased interest in non-processed foods, they were back in vogue.

The 16ha reserve was once part of Seacliff's 365ha farm, whose produce made the mental asylum self-sufficient.

In the asylum's heyday, surplus produce had been dispatched to Dunedin hospital institutions.

Sir Truby King, an asylum medical superintendent, was a man of great foresight who believed in providing patients with a picturesque and enjoyable environment as well as encouraging practical skills, Ms Swanney-Macpherson said.

She believed the site of the plantings, on the corner of Russell Rd and Coast Rd, had once been a vegetable garden.

However, no records of the original Seacliff farm or orchard had survived.

Food would be available for foraging for whoever wanted it, with visitors to Seacliff able to partake as well as locals.