Seafood festival to start in 2011 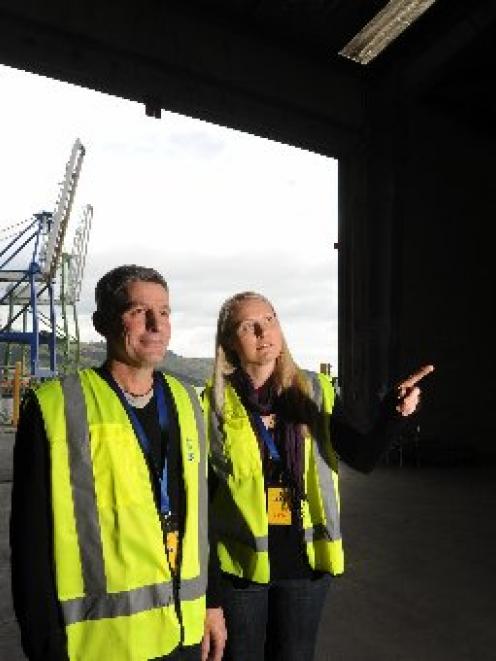 The Port Chalmers Seafood Festival will be held at Port Otago's "Shed A", usually used for cruise-ship passengers, on October 1 next year.

Organising committee chairman Pete Cole said the committee needed about $200,000 to host the event, although much of that would be provided in donated goods and services.

"Visitors will be able to enjoy the varied aspects of seeing the food taken from the sea, caught, weighed, filleted, prepared and cooked, through to the tasty morsel served at your table."

Off-site, Careys Bay Wharf, the Sawyers Bay salmon hatchery, and local fish factories would be part of the day's activities.

Mr Cole said the Rugby World Cup, during which thousands of overseas visitors were expected in Dunedin, was a great opportunity to launch the festival.

"With a slightly international flavour, particularly focusing on the Italian and Irish visitors, the Port Chalmers Seafood Festival aims to attract thousands of people."

It was hoped the festival would become a yearly or two-yearly event.

Mr Cole said Port Otago had been supportive, offering the venue and refrigeration equipment, a value of about $40,000.

The working part of the port would be fenced off for the day.

The festival committee is part of business association Vision Port Chalmers, and local business would play a key part in the event, Mr Cole said.

Committee member Jo Kidston said scallops, whitebait, salmon and crayfish would all be in season.

The committee has received a grant from the Dunedin City Council and has lodged an application with the New Zealand Lotteries Commission.