Search for missing teen suspended for the day

Continuing the search yesterday are Surf Life Saving New Zealand, search and rescue teams and the dive squad. PHOTOS: STEPHEN JAQUIERY
The search for a teenage boy missing in the sea off Dunedin has been called off for the day and police say they are now searching for a body.

Police told the Otago Daily Times about 5pm that the search had been suspended for the day and efforts would resume tomorrow morning.

"Unfortunately, due to the amount of time that has passed, we are now searching for a body," Sergeant Nathan White, Otago Coastal SAR Coordinator said

"It has been an unsuccessful day of searching in testing conditions, but from the outset of this operation the dedication and determination of volunteers from Surf Life Saving NZ and LandSAR, while covering vast lengths of coastline, gives me confidence that we're doing everything we can to recover the missing teenager."

A shoreline search will begin around 7am tomorrow.

Police have been working with Surf Life Saving New Zealand, LandSAR and MarineSAR to locate the teenager, who on Thursday jumped into the water from a cliff at Second Beach, near St Clair, and did not return to shore.

"It’s a big job and we’re just trying to keep our crews rotated and keep new people fresh in the boat to keep fresh sets of eyes on it," he said.

"We’re really hopeful and we really want to get a result for the family so they can have closure." 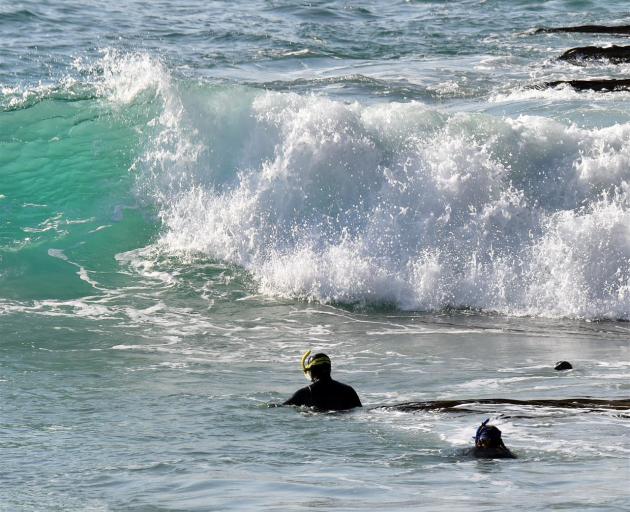 Out of respect for the missing swimmer, Te Runanga o Otakou placed a three-day rahui, or temporary closure, from Black Head to Tow Rock.

The closure applied to the gathering of seafood, and recreational activities such as surfing and fishing.

A shoreline search was completed yesterday morning, and the police dive squad was called.

The initial search began at 4.30pm on Thursday after police received reports of a male in trouble in the water.

Police continued the search until 9pm that day, with the assistance of Surf Life Saving New Zealand.

Mr Corboy said the water was ‘‘reasonably calm’’ on Thursday.

An Otago Regional Rescue Helicopter assisted initially but was stood down; it was not called yesterday.