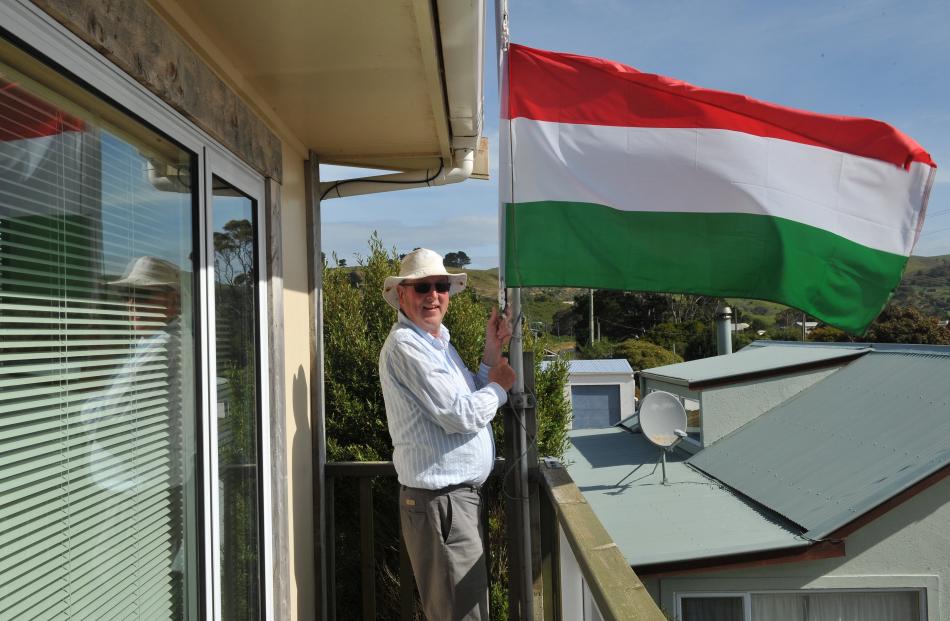 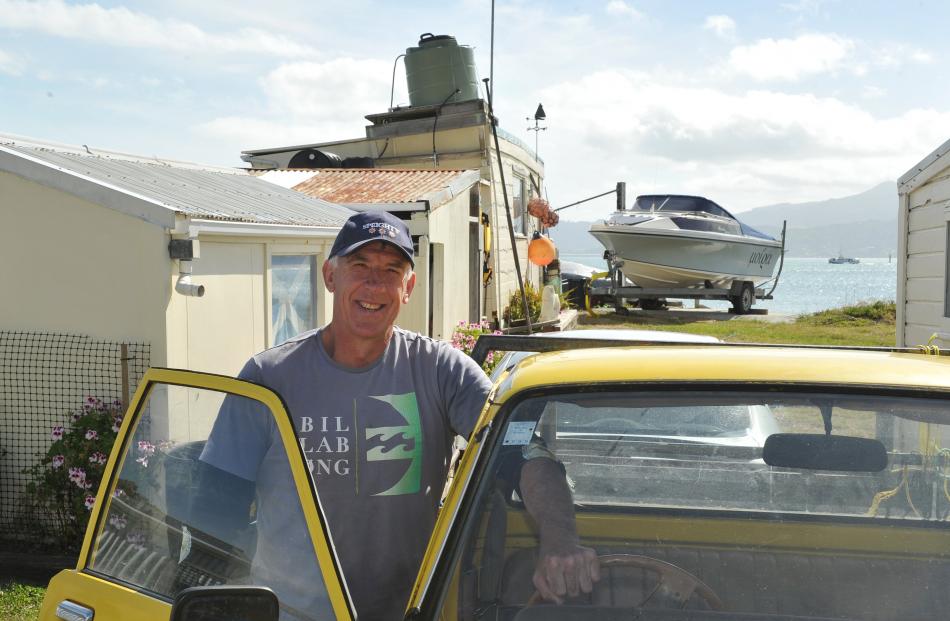 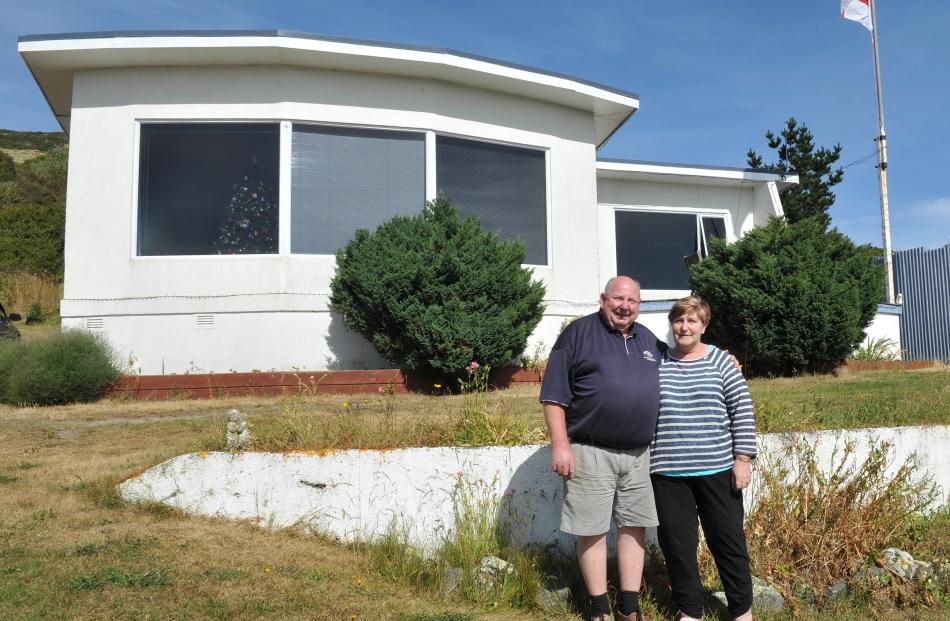 Jim and Elaine Shanks fly the Confederation of United Tribes of New Zealand 1835 flag above their home. 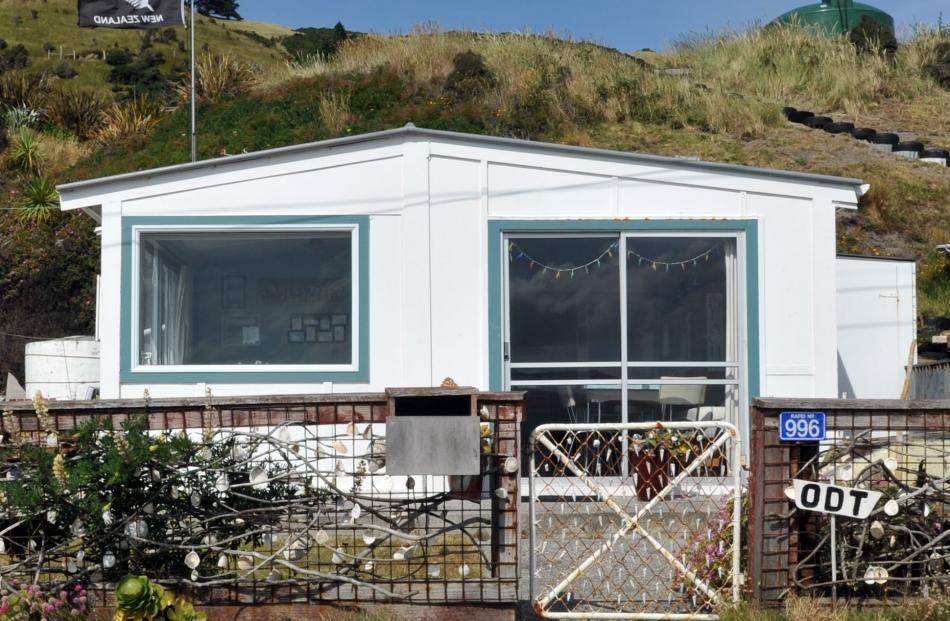 A silver fern flag flies at a house in Harington Point. 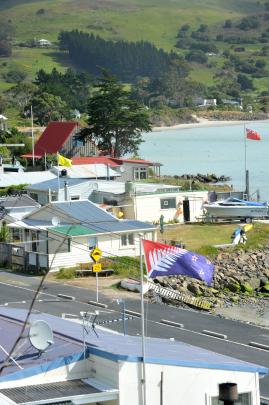 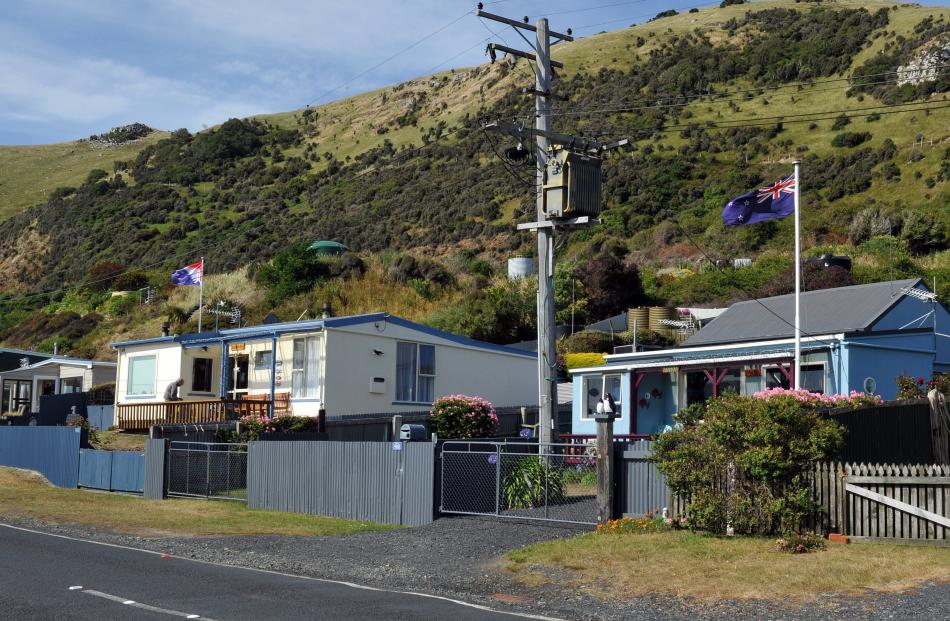 A red version of Kyle Lockwood’s silver fern flag (left) and the New Zealand Flag fly side by side.

Flags, flags everywhere. Shawn McAvinue asks why so many residents in a small settlement at the northeastern end of Otago Peninsula are flying flags.

"It’s amazing how it evolved. Everyone got on board. We didn’t have meetings about it, they just popped up."

The Shanks crib on Harington Point Rd had been in the family since 1957.

It was not known when the flag pole was put on the crib shed, but a photo taken of a sea lion on the beach in 1973 showed it was there then.

"If it is the first one, I could not tell you."

"From Hawaiian, to Scottish, to happy faces — a whole array."

When someone died in the community, New Zealand flags were flown at half-mast across Harington Point.

The flags were also lowered when local, Matenga "Marty" Taiaroa died on a fishing boat when sailing from the West Coast to Dunedin in February last year.

"The flags were lowered to half-mast in respect. It’s quite significant for the area and it means a lot to everyone."

Permanent Harington Point residents Jim and Elaine Shanks — no relation to Don — said the wooden flag pole was put up on their house about 20 years ago when they built a deck.The pole was salvaged from the supporters’ club at Carisbrook and was given to the couple, who are life members.

"Otherwise it would have been cut up as firewood."

He believed their house was the third in Harington Point to get a flag pole.

"It’s something that has proliferated over the last few years ... it’s good because it adds colour to the area."

His flag collection was in tatters after being "hammered" by the wind, but his Confederation of United Tribes of New Zealand 1835 flag was in good condition.

The other flag in good nick was the Speight’s flag given to him by former All Black Greg Cooper.

The Speight’s flag was hoisted only when the community needed to know a few drinks were being had inside.

Harington Point crib owner Linda McLean said she and her husband Clark were flying the flag of Hungary because they  recently had visitors staying from the European country.

A seal sleeping on their water tank on Wednesday night was not bothered by the flapping of the tri-coloured flag.

The couple owned about 15 flags.

"We often have an Aussie one up because our son-in-law’s an Aussie."

The McLeans bought the "wee shack" about 40 years ago and when they had added rooms on to the crib, the flag pole was moved from the back to the front.

Harington Point crib owners Barry and Heather Clough said they would like to have a flag pole at their crib.

"Everything rusts out pretty quick," she said.

The Cloughs knew once they got their pole, they would  open themselves up to getting flags as presents on  every occasion.

"If you can’t think of something, you give them a flag." 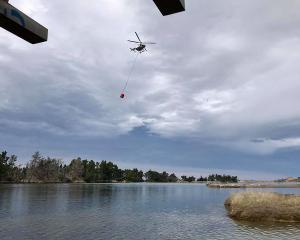 Choppers called in to fight fire north of Dunedin