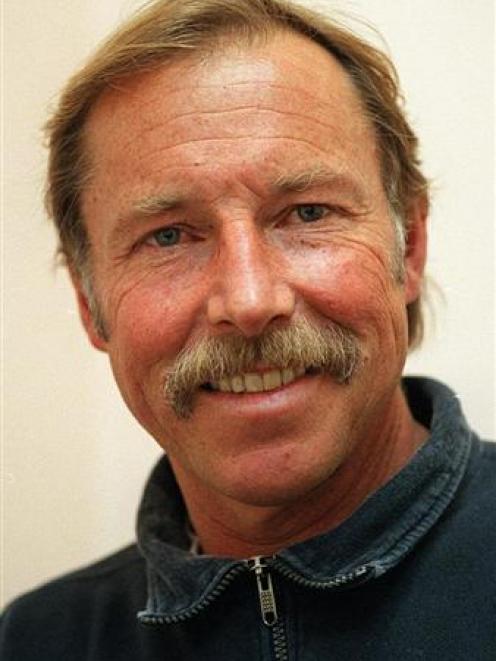 David Crooks
St Clair and St Kilda beaches remained open at the weekend despite sewage visible in the water off Dunedin's coastline - and the results of city council water tests are still days away.

St Clair resident Dave Crooks contacted the Otago Daily Times yesterday morning and said he could see from his home a "slick from the new sewer pipe" in the sea.

It was the first time he had seen evidence of sewage in the water since the new outfall pipe was commissioned in January.

He had lived at St Clair for 40 years and was sick of "embarrassing announcements" of beach closures.

"The problem is still there. It won't be as often [as before the new outfall was commissioned] but it will happen."

Fellow St Clair resident Pat O'Neill surfed at St Clair on Friday and said there was "brown scum in the water".

During the past week an easterly swell had moved sewage towards the beach, he said.

Tahuna outfall project manager Brian Turner said the plume was visible because recent wet weather had caused an increase in flow through the outfall.

Stormwater affected the city's ageing sewerage system even though the two were supposed to be separate, he said.

However, "the outfall is working fine".

Testing occurred every day but results were taking days to come through instead of 24 hours because extra testing was being carried out to monitor sewage from the new outfall.

The extra tests would continue until April, he said.

Sewage would not be chlorinated during this time because it would kill the organisms being monitored.

The last set of results came through on February 25.

More recent test results would not be available for three or four days.

Tomahawk Creek, Tomahawk Lagoon and a stream from above St Clair were also causing concern because of contamination from run-off, Mr Turner said.