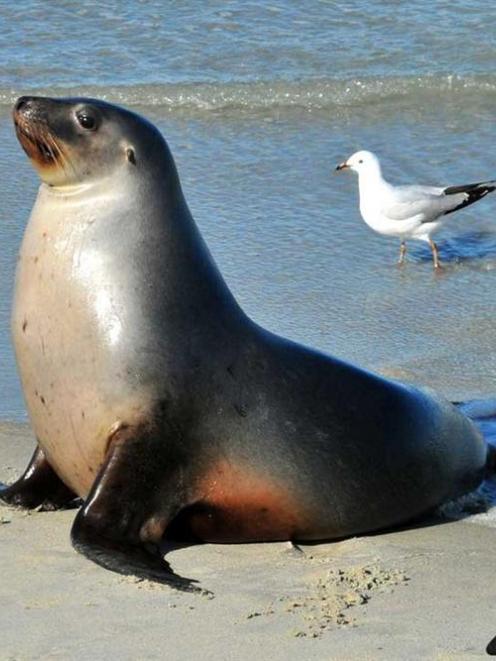 Dummy female sea lions may be placed lying alluringly on Otago beaches to attract more of the mammals to breed on the mainland.

Scientists are concerned that 83% of the New Zealand sea lion population - which is classified as threatened - breeds only on the Auckland Islands.

Department of Conservation scientist Dr Louise Chilvers, whose recent paper on the topic was published in Wildlife Research, said a reliance on only one breeding site meant that a problem such as a tsunami or an oil-tanker spill could wipe out the majority of the sea lion population.

She said scientists considered the fact there was a small but growing population of sea lions on Otago's coastline, which began with the arrival of Mum, an Auckland Island sea lion.

Her arrival in 1992 had been "a complete anomaly".

The researchers wanted to find out what was important to the species in their choice of breeding sites.

They discovered that like fur seals and Australian sea lions, New Zealand sea lion females came back to give birth where they were born.

"The difficulty is how do we encourage that species to breed in other areas?" Otago's male sea lions returned to the Auckland Islands during the summer for breeding.

Otago's females were all descended from Mum and while they did not return to her breeding spot at Taieri Mouth, they did come back to the Otago coast to breed.

"We don't exactly know where, as they are quite secretive," Dr Chilvers said.

Female sea lions were social creatures, so it was thought that if they saw more females on Otago's beaches they might be encouraged to come ashore and settle.

This led researchers to consider using dummy sea lions to attract them, following a trial on the Auckland Islands.

The Auckland Island dummies were made out of fabric.

Dr Chilvers said that before dummies could be placed along the Otago coastline, beaches where there would be minimum interaction with humans would have to be found for the safety of the sea lions and the public.