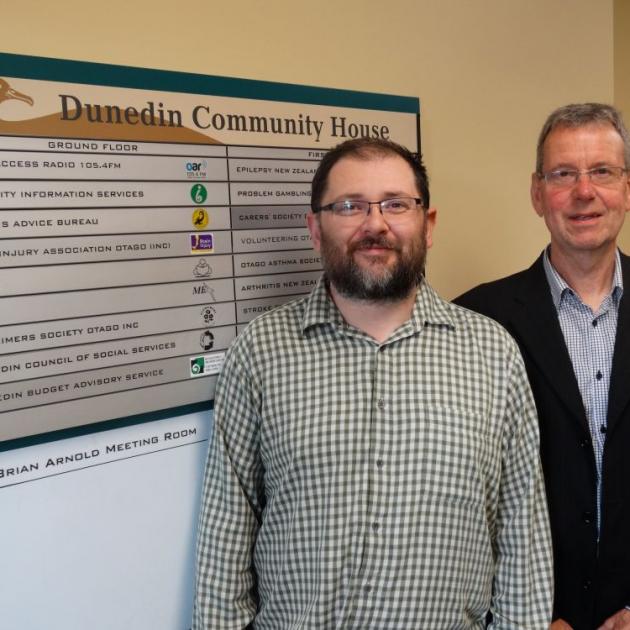 Change is afoot for many of Dunedin's social service agencies, as the Government moves to implement its long-term Community Investment Strategy. The strategy signals changes in funding priorities and requires much greater accountability from organisations, particularly in relation to outcomes for clients. The Star chief reporter BRENDA HARWOOD takes an in-depth look at this complex issue.

The road ahead could be a rocky one for some Dunedin social organisations, as long-signalled changes to government funding requirements start to bite.

Dunedin Council of Social Services executive officer Alan Shanks said some charitable organisations were ‘‘waking up to a bad dream'' as the sector faced its biggest shake-up in a decade.

The city has about 1000 registered charities, which employ many thousands of people across a wide range of services.

Through its ‘‘Community Investment Strategy'', which is to be implemented over the next three years, the Ministry of Social Development (MSD) has signalled the Government's intention to target funding towards organisations that can demonstrate success through ‘‘solid and measurable outcomes''.

At present, contracts are undergoing detailed review ahead of this year's funding rounds.

DCOSS Community Support consultant Rob Tigeir said the changes towards results-based accountability had been ‘‘coming down the pipeline'' for the past five years.

While many organisations had made the shift towards a focus on ‘‘outcomes'' and more robust statistical analysis of services, some needed support to get there, he said.

‘‘There has been a growing awareness in the sector that this has been coming, but now we really need to go for it,'' Mr Tigeir said.

‘‘This year, organisations are going to have to step up and say ‘this is the difference we have made for our community'.‘‘The key message is there is no business as usual.''

The changes were not limited to the MSD, with contracts with the Ministries of Justice, Corrections and Education also being renegotiated.

‘‘There have been some fantastic initiatives already, as people get together and look at better ways of operating, which has been a positive response,'' Mr Tigeir said.

However, it was clear that the funding shift would lead to significant changes in some areas, including the loss of contracts, he said.

Mr Shanks said the DCOSS was not aiming to alarm organisations unduly, but wanted to lend its support to help organisations to make the ‘‘paradigm shift in thinking'' required.

Helping to maintain the diversity of organisations in Dunedin is a major philosophy of the Southern Service Provider Partnership, which was formed about 18 months ago. DCOSS is a driving force within the group.

Originally focused on small mental health service providers, the partnership has been opened up to all small charitable organisations (with a turnover of up to $2 million) as a means of sharing knowledge and working together to improve efficiencies and procedures.

A facilitator has been employed to help co-ordinate the group's work, and to co-ordinate meetings and joint projects.

‘‘It is more than networking, this is about actively seeking to work together,'' Mr Tigeir said.

For more information about the Southern Service Provider Partnership, phone Rob Tigeir at DCOSS on 471-6177.