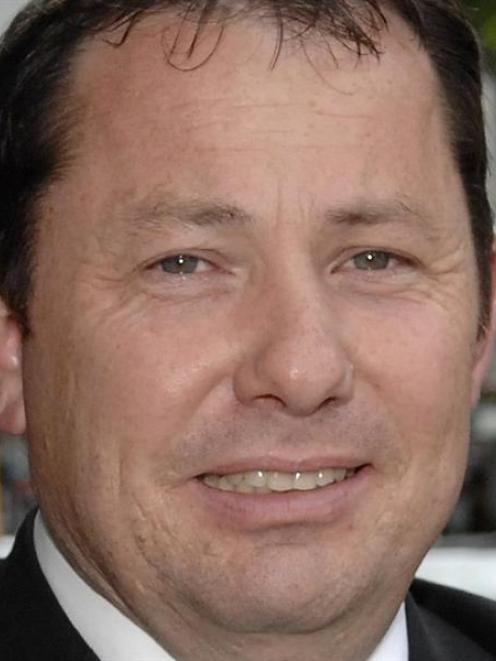 John Christie.
Dunedin could soon have a permanent presence in Shanghai as part of efforts to ramp up economic links with China, it has been suggested.

The concept of a ''Dunedin office'', which already had support from the Shanghai Foreign Affairs Office, would aim to promote Dunedin's education, tourism and business interests in Shanghai.

The idea was discussed at yesterday's Dunedin City Council economic development committee meeting, as councillors received a report from Otago Chamber of Commerce chief executive John Christie on the latest trip by a Dunedin delegation to Shanghai.

Mr Christie, the head of Project Shanghai, which aims to maximise economic benefits from the two cities' relationship, told the meeting Dunedin would receive a ''significant advantage'' from a permanent presence in China.

Afterwards, he told the Otago Daily Times just what that presence might look like - as well as the likely cost and who would pay - was yet to be confirmed.

Options could include a permanent office, a part-time contractor or the use of a firm already in China, to represent the city, he suggested.

Agencies such as New Zealand Trade and Enterprise already did a ''fantastic'' job in China, but the initiative would bring a sharper Dunedin focus, he believed.

"It's really just to put that lens of Dunedin on to what we're doing and have somebody who's able to represent the organisations that are obviously going to benefit from having that person in the market.

''I think when you look at the amount of activity that's occurring between the two cities, it's really just about having a liaison point for us to be able to go to, to follow up on the things we need to be done in that market.''

The ''little things'' that needed attention varied, from ensuring transactions went through and paperwork was in order to following up on earlier contacts, he said.

''If you speak the language and you're in that market it's a lot easier to ring them up and ask them.

''There'd definitely be an advantage to someone being there,'' Mr Christie said.

The response to date - including from Dunedin businesses operating in China or looking to break into the market - had been favourable, and he hoped funding could be shared between the council and those who would benefit.

''I can tell you a lot of locals here would relish the opportunity to be able to work with somebody who was essentially representing Dunedin in that market.''

Investigation of the concept would likely take most of this year, before a report was brought to the council for consideration, Mr Christie said.

Anyone recruited for the role - from Dunedin or within China - would need to have knowledge and connections in Shanghai, but also understand ''what Dunedin has to offer'', he said.

However, Cr Lee Vandervis wanted to know when Dunedin would see ''tangible'' gains after 20 years of building a relationship with Shanghai.

Mr Christie said that was already happening. Deals were being signed that - while being commercially sensitive - helped the city's economy.

The relationship between Dunedin and Shanghai also meant the city was ''probably'' best-placed in New Zealand to gain economically now, he said.

Dunedin deputy mayor Chris Staynes said Dunedin was ''in the top 10'' of Shanghai's 75 sister-city relationships as a result of its relationship-building, and that provided a ''platform'' to Dunedin businesses.

Mayor Dave Cull agreed, but cautioned it was about more than just money, and it would be ''churlish'' to treat it as ''just some kind of gold rush''.