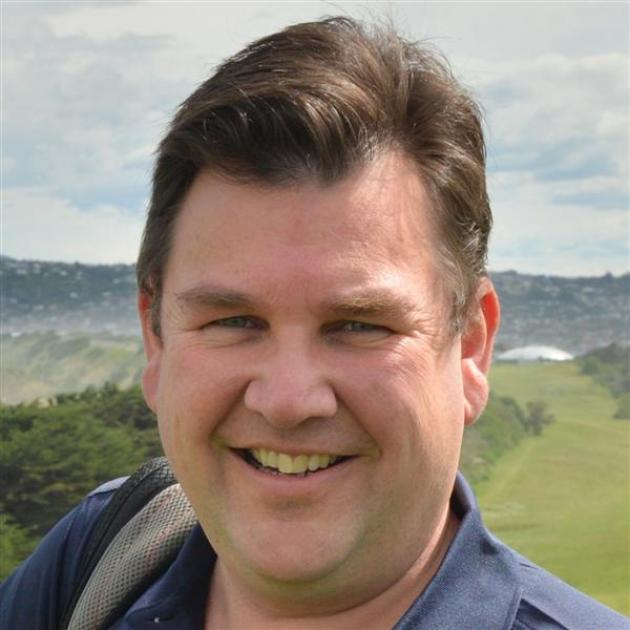 ''Let them have this little win, and let's move on,'' Mr Whiley said yesterday.

''ProGas Otago is a strong supporter of the process ... and we will always be there for the oil and gas industry.''

Early last year, Shell and partners OMV and Mitsui E&P laid out plans to drill a $200 million test well in the Great South Basin by this summer.

But this week, Shell announced it would not be drilling in 2016.

The news came just one day after Shell announced it was pulling out of drilling in the Arctic off the coast of Alaska, abandoning a project it had already sunk billions of dollars into.

The drilling had been the subject of widespread criticism and opposition in the United States, although some Alaskans had supported it in the hopes it would boost the state's economy.

In waters off New Zealand's southeast coast, Shell is one of five companies to hold seven exploration permits. 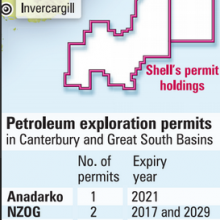 Mr Whiley was ''disappointed'' by Shell's decision to postpone drilling its well in the Great South Basin, but said ''I totally understand the reality of where they're at''.

That reality, Mr Whiley said, was that oil and gas prices had dipped to a six-year low, making formerly attractive drilling prospects look unattractive and unprofitable.

But Mr Whiley said prices would rise again and he was confident Shell would come back to the Great South Basin.

Oil Free Otago spokeswoman Rosemary Penwarden was not so sure.

And if Shell did decide to drill in Otago waters, Ms Penwarden said, ''they will meet resistance. Cheap, easy oil is gone. We're in a different world now,'' she said.

''We're calling for them to pull out completely and relinquish their permit. It's the only responsible thing to do.''

University of Otago physicist Bob Lloyd has been a vocal opponent to fossil fuel drilling, and said he was not surprised by Shell's decision.

''Oil companies are under a great deal of pressure in terms of profitability.''

Like Mr Whiley, Associate Prof Lloyd predicted the price of oil and gas would rise again.

But, ''by the time the price of oil goes up in a couple of years, the problems with climate change will just shut the oil industry down''.

And if there was a hope of mitigating climate change, Prof Lloyd said, untapped fossil fuel reserves would have to stay in the ground. For that reason, Shell postponing drilling was ''really great news'', he said.

''I'm extremely jubilant. I wish they never come back again.''