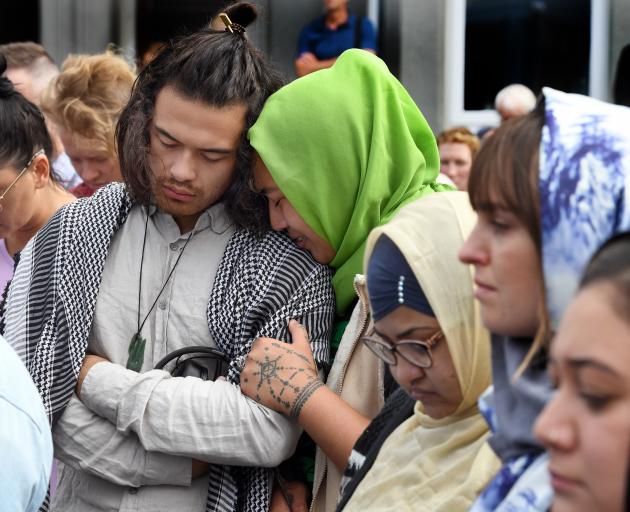 Supporters mourn outside the Al Huda mosque yesterday. PHOTOS: STEPHEN JAQUIERY
Friday prayers were held as usual at Dunedin's mosque yesterday, but on the street outside about 1000 supporters stood silent.

The crowd gathered outside the Al Huda mosque to join others throughout the country in listening to an Arabic call to prayer, which was broadcast on television and radio at 1.30pm, followed by two minutes of silence.

Fifty candles, one for each person killed in the Christchurch mosque attacks last Friday were lit on the footpath outside the mosque's gate.

The silence by the mosque was observed a couple of minutes earlier than across the country.

However, the effect was the same as supporters shared embraces and tears.

Some bus drivers in the city pulled over for two minutes to observe the silence.

"We are here today to support our Muslim brothers and sisters in this, their time of need."

About 1000 people gather outside the Al Huda mosque yesterday. PHOTO: STEPHEN JAQUIERY
As a symbol of connectivity, he read a prayer from the Koran, translated to Maori, about God guiding the faithful.

"Each day you here placing flowers, writing messages. It tells us we are grieving with the rest of New Zealand.

"We are all part of Aotearoa, you are us, we are one, we are united."

He told those gathered to continue spreading a message of love and peace.

The student street has become decorated with piles of flowers and chalk messages of support.

Before the prayer, school pupils and students led a powerful haka.

University of Otago student Haeata Rangimarie Hayes Watson said it was important to show Maori solidarity with Dunedin Muslims at this time.

"We are probably the people who most understand the casual racism that Muslims get every day."

They presented the Muslim community with a book of condolence and a signed banner.

After the prayers the crowd at the mosque slowly dispersed.

Later, churches, including St Paul's Cathedral and St Michael and All Angels Church in Andersons Bay, rang their bells once for each victim of the tragedy. 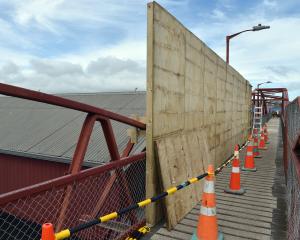 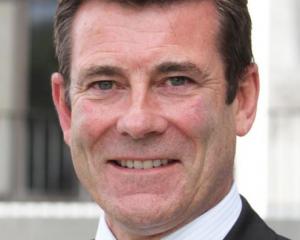