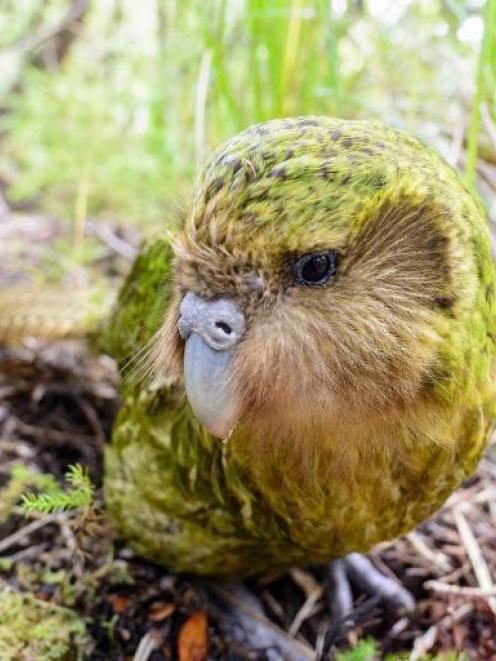 Sirocco the kakapo arrived at the ecosanctuary yesterday afternoon and will meet visitors in a series of public viewings from tomorrow until September 29.

Orokonui Ecosanctuary conservation manager Elton Smith said "all going well" about 2000 tickets would be available for the night tours. About 60% had been sold.

"No doubt we’ll get more when he touches town and it gets on social media."

Even more effort than usual was being taken during the week to ensure there were no biosecurity threats, he said.

Volunteers were also tasked with foraging for native foliage, which would act as Sirocco’s snacks.

"He is a temperamental artist rock star type."

However, the biggest challenge was the management of visitors and organising volunteers, he said.

A tour would only be cancelled in an "extreme weather event".

The bird lived up to the hype of his personality, Mr Smith said.

"We’ve had people start crying; it can be sort of an emotional experience.

"He’s probably the most famous bird in the world."

It was "hugely exciting" for Orokonui and the Department of Conservation to host the flightless parrot, he said.

"For me it will be reasonably stressful because of my role here, but I can guarantee when I see him again I will go ‘wow’."

Sirocco is one of 149 kakapo, which largely live on remote islands.

He was catapulted to fame in 2009 when he attempted to mate with the head of one of comedian Stephen Fry’s film crew on Codfish Island.