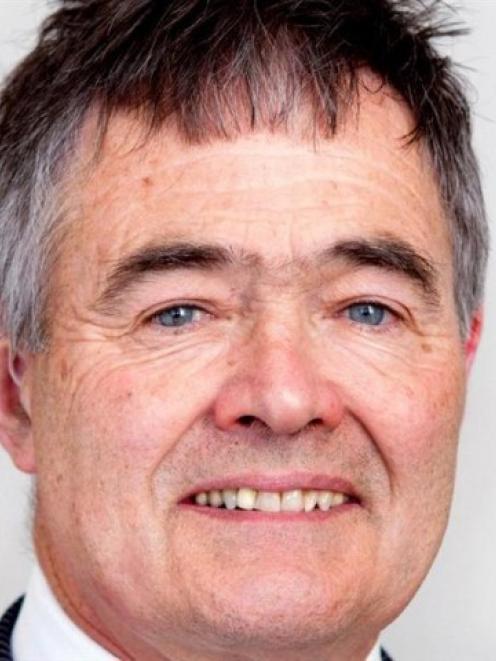 Dave Cull.
A Dunedin City Council delegation's $18,000 trip to Otaru and Edinburgh has turned into a political football amid barbs about ''junkets'' and questions over the cost.

The delegation, lead by Dunedin Mayor Dave Cull, is due to leave today for a week of activities in Edinburgh, followed by a week in Otaru, Japan, from August 6 to 12.

Mr Cull would be accompanied to Scotland by Cr Neville Peat and council arts community adviser Cara Paterson, before Cr Andrew Noone replaced Cr Peat for the Japanese leg of the trip.

Activities would include marking the 40th anniversary of the signing of the sister cities relationship between Dunedin and Edinburgh, Mr Cull said in a statement.

There would also be renewed effort to ''breathe new life'' into the relationship, including within the arts sector during the Edinburgh Festival, he said.

The Otaru stop also aimed to reaffirm the two cities' friendship ahead of a visit by an Otaru delegation to Dunedin next year, when the 35th anniversary of the relationship between the cities would be marked, he said.

However, the $18,000 cost, to be covered by the council, prompted Cr Lee Vandervis to see red at yesterday's economic development committee meeting.

He grilled council corporate services group manager Sandy Graham over the trip, ask-ing her to identify any examples of economic development arising from trips to the Japanese ''resort'' of Otaru.

''We have had numerous visits. What evidence has there been of any economic development coming from it?'' Cr Vandervis asked.

That did not deter Cr Vandervis, who said the trips represented ''a culture of entitlement'' within the council ''which I don't think is appropriate''.

Other councillors leapt to the defence of the relationships, including Cr Richard Thomson, who said the focus of sister city relationships was ''much wider'' than just economic development.

Cr Vandervis had a ''habit of setting up straw men that he can then knock down'', which was becoming ''tiresome'', Cr Thomson said.

Deputy mayor Chris Staynes also defended the trips, saying they involved ''quite hard work'' and were ''not junkets''.

The benefits were already being enjoyed by the University of Otago and Otago Polytechnic, with more research collaborations pending, he said.

Cr Andrew Whiley said he had first-hand experience of economic benefits flowing from the agreements, in the form of golfers who came to Dunedin from Otaru and Edinburgh to see their sister city.

Cr Kate Wilson said the trips were about ''opening doors, and keeping doors open'', which benefited businesses, but improved cultural links would also be of ''huge benefit'' to the city.