Soldiers back to basics for Exercise Maleme 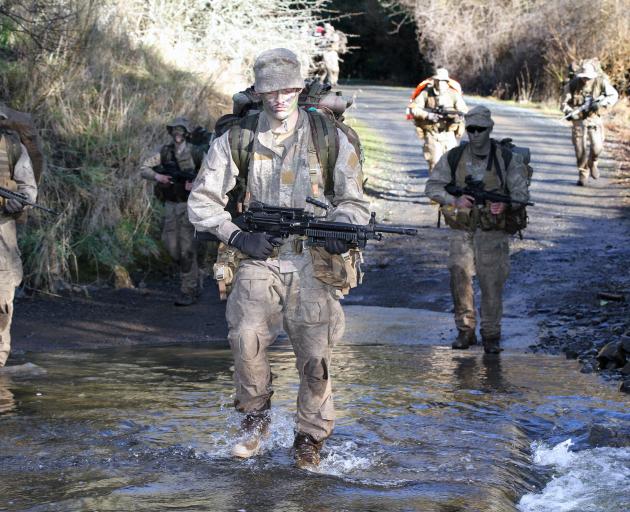 "It was a return to the basics for these soldiers, as we are currently focusing on their fundamental skills at an individual level.

"We are working on individual and pairs skills as it serves to provide us with a good base for the build-up to a close country live firing field exercise we are conducting in October."

The soldiers from Dunedin, Invercargill and Cromwell finished the exercise off with a route march up Waitati Valley Rd to Pigeon Flat, loaded down with all their kit.

Private Georgina Keenan, currently studying for a masters in psychology at the University of Otago, said it was a good weekend despite the rain and cold.

The next event for the company will be a one-day top soldier competition at Tapanui on September 7.

"Tapanui is the centre of all three of my units [Dunedin, Invercargill and Cromwell] and it should be a good day out for the soldiers to show off their individual soldiering skills," Maj McEwan said.

He said it was part of a year-long top soldier award for all soldiers in the unit.