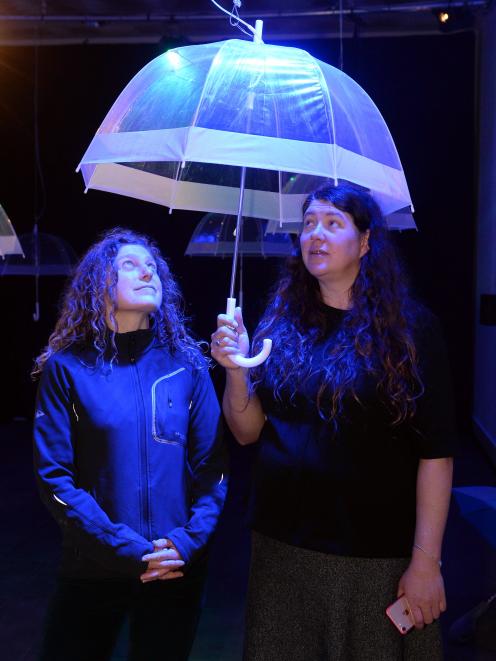 The electronically enhanced umbrellas in the exhibition emit sounds including those of whales and dolphins.

The exhibition, made with support from the GigCity Community Fund from Chorus, investigates how noise pollution affects  the marine environment off Dunedin’s coastline, particularly the negative effect on marine mammals.

A rise in machine noise in the sea put strain on the ecosystem of New Zealand’s marine mammals, she said.

The exhibition was a call to action for better management and research into the connections between noise pollution and the mammals.

The  exhibition opened at 165 George St last week and runs  until October 15. It has also opened  at the Skinner Annex, at Otago Museum.