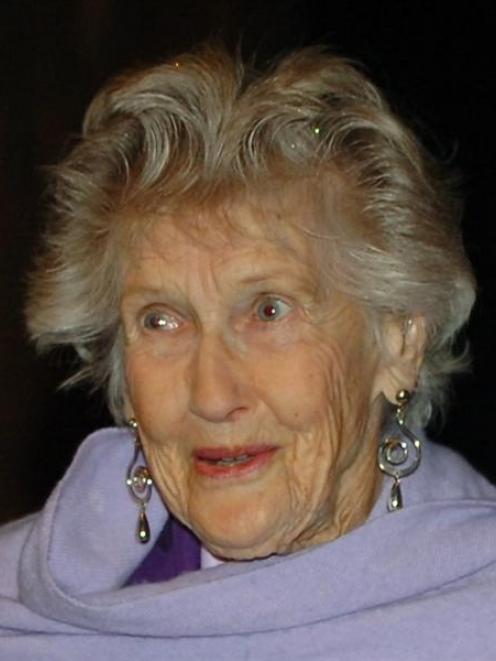 Rosalie Carey played an important role in Dunedin's theatre scene in the 1960s and '70s, and her New Year's honour recognises her work as an actor, writer, promoter and theatre practitioner.

Mrs Carey co-founded the Globe Theatre in London St, Dunedin, with her former husband, the late Patric Carey, in 1961.

Instrumental in developing and fostering New Zealand actors, directors and writers, the Globe was the first purpose-built theatre for professional repertory in the country.

Mrs Carey was involved in coaching hundreds of young performers in voice, action, and all aspects of the theatre from acting and costume-making to prop construction.

A member of the Whangarei Writers Workshop, and a honorary life member of the New Zealand Society of Authors Northland branch, she was active in the Playwrights Association of New Zealand for 20 years, and wrote the history: A Theatre in the House: The Carey's Globe, published in 1999.

Mrs Carey stages plays, poetry readings and writers' meetings to raise funds for Writers in Prison, and other charities.

She spent 18 years in Dunedin, and developed the Globe into a mecca for theatre lovers in the 1960s.