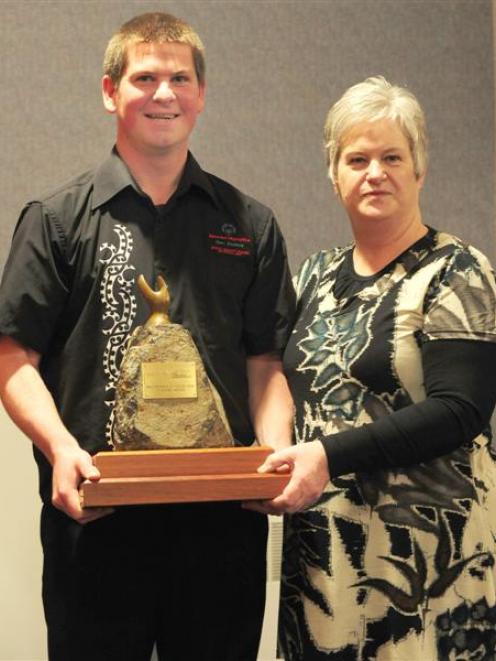 The Special Olympics New Zealand Otago Club received the award at a function in the Glenroy Auditorium in Dunedin last night, for its fundraising efforts to send an athlete to the Special Olympics World Winter Games in Boise, in the United States.

TrustPower community relations representative Melanie Tavendale said the club was "one of those quiet achievers" and, thanks to its volunteers, many members of the community were opening their minds, and learning to accept and include people with an intellectual disability.

"By bringing together people with and without intellectual disabilities, this group is breaking down barriers and changing attitudes."

The club was one of 63 groups nominated for this year's awards, and now it has the opportunity to represent the district at the 2010 TrustPower National Community Awards in March 2011.

The award recognised Ben's service to his school and the community.

Ben has served as class leader, class councillor, house leader, peer mentor and peer support leader, and he took part in the Survive a Slum by sleeping in cardboard boxes with eight other pupils to raise money for Caritas.

Outside school, Ben is also a camp leader for the Edmond Rice Camping Movement.

Mrs Tavendale said Ben was a modest achiever who played an incredible number of roles in both his school and the wider community.

"Ben's commitment to others is outstanding, and makes him the perfect role model.

"He is an excellent ambassador for his school and the Dunedin community, and very deserving of this award," she said.