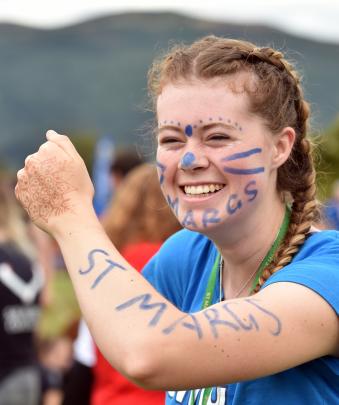 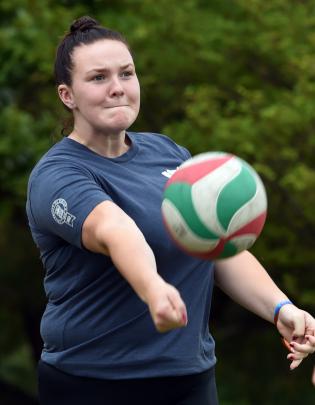 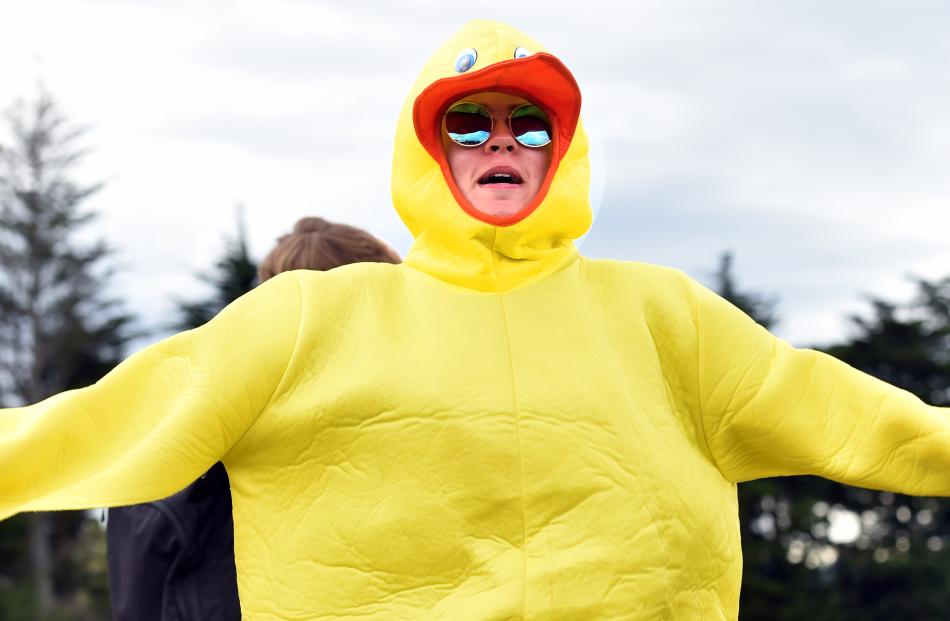 Rebecca Thompson, of Arana College, took to sports day like a duck to water. 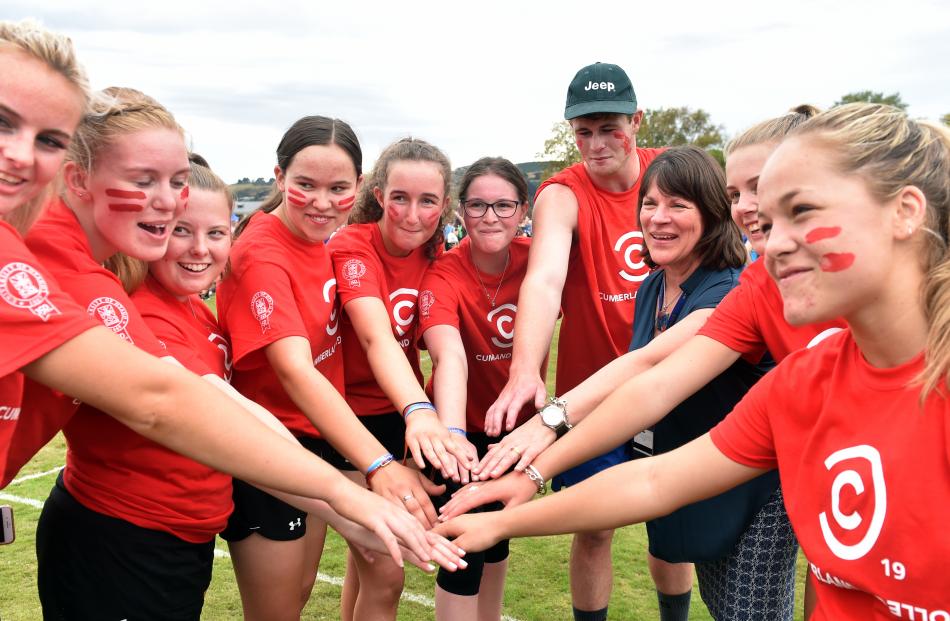 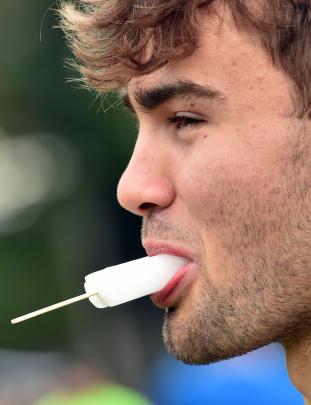 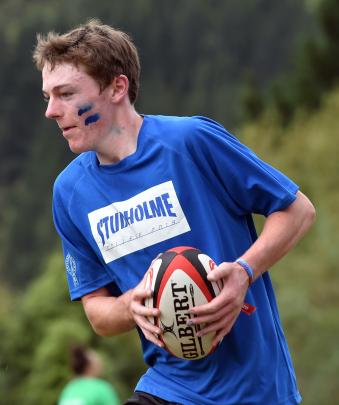 Thousands of students dressed in their team colours converged on Opoho Park in North Dunedin yesterday, for a sports day organised by university gym and recreation centre Unipol.

The sports day, which is part of Orientation Week every year, involved all of the university's residential colleges, the university's Locals programme and students living in the University Flats.

Volleyball, netball, touch rugby and soccer were all played, and some students donned fancy dress and painted their faces and bodies to show support for their colleges.

The day was just for fun - but next week was the beginning of a formal inter-college tournament which would run all year.

Students enjoyed the fine weather and the refreshments on offer during the day. Other activities were held, too, but the main focus was on sport, she said.

St Margaret's College residential assistant and second-year student Alex McLennan, who was dressed up to show support for her college, said St Margaret's had got ''every single one'' of its students along.

Otago University Students' Association president James Heath said the weather had been good for O-Week so far, and students were looking forward to the toga party at Forsyth Barr Stadium tonight.

It is the only event which the wider public cannot attend, and about 2000 students are expected.

OUSA created an instructional video on how to tie a toga, which is available on its Facebook page.