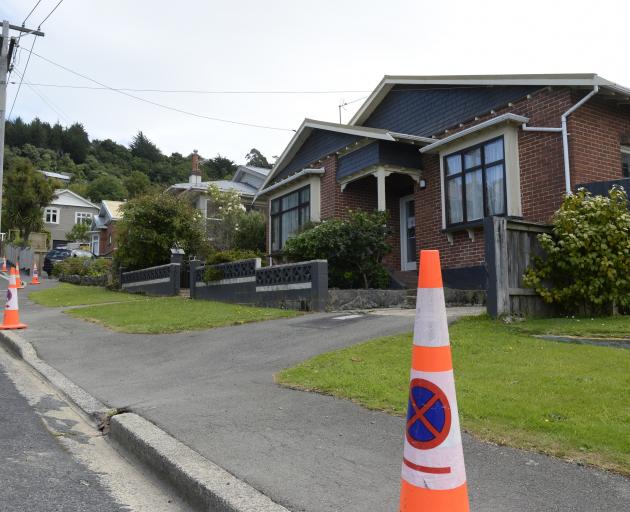 Three Motu St properties stand empty after property owners were ordered to evacuate in December 2018. PHOTO: GREGOR RICHARDSON
Dangerous building notices remain in place for six properties in St Clair after a landslip posed an "imminent threat" more than a year ago.

"In five cases, the notices mean people can’t occupy their homes. For 18 Motu St, the notice was amended last year to allow access to the house and only covers part of the rear garden," he said.

Paul Henderson
"[Council] staff have been in regular contact with the property owners throughout to offer support and advice.

"At this stage, there is no estimated timeframe for lifting the notices as this will depend on solutions being designed, approved, implemented and signed off. It is the property owners’ responsibility to provide design solutions, which the [council] can then consider."

Both the council and Earthquake Commission had geotechnical investigations carried out on site.

When the Otago Daily Times visited the properties this week the lawns and gardens were all tidy, but knocks on the doors of the affected properties and their neighbours went unanswered.

Taped to the doors of each house under notice was a letter from the council with the attached notice that specified property owners could face a $200,000 fine if the notice was not complied with.

In April last year, the ODT reported all claims lodged by the property owners to the Earthquake Commission had been settled.

But for at least the property owner at 18 Motu St, the settlement would not cover the entire cost of the work the commission’s engineers believed would remedy the potential threat from the slip.

The property owner, David Wooffindin, was contacted for comment.

Mr Henderson confirmed the council was covering the rates for the five properties that could not be occupied.

According to the council’s rating information database that cost was $11,285.02 for the current rating year.