Stadium cost may blow out to $260m 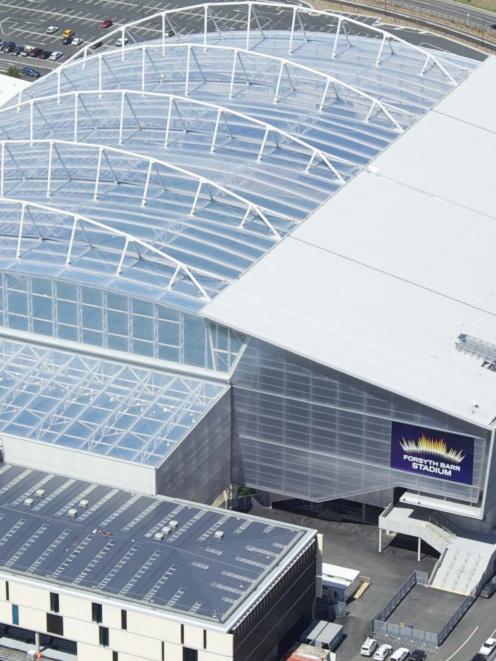 'No individual culpability' for stadium costs blowout.
Heads will not roll over the Forsyth Barr Stadium budget blowout, but the total bill could rise again to more than $260 million, it has been revealed.

The initiative was confirmed by council chief executive Paul Orders in his pre-election report, released to media yesterday.

Dunedin Mayor Dave Cull said the list would include the cost of purchasing Carisbrook, bailing out the Otago Rugby Football Union and realigning State Highway 88, among other non-construction costs.

It would be up to the public to decide whether the additional bills should be considered part of the cost of the new stadium, which officially stood at $224.4 million, Mr Cull said.

He did not know exactly what the extra costs would amount to, but the Otago Daily Times understands if included they would push the stadium bill beyond $260 million.

The counting came as Mr Orders finally confirmed heads would not roll as a result of last year's critical PricewaterhouseCoopers review of the stadium project.

PWC staff had pointed the finger at complicated project management arrangements and ''unclear'' lines of accountability, which contributed to budget blowouts and unauthorised spending.

Together they helped push stadium construction costs up by $26.4 million, from $198 million to $224.4 million.

At the time the findings were revealed, PWC staff said responsibility for sign-off on the unauthorised spending lay with the council's management executive, while Mr Orders said he needed time to study the findings ''coolly and calmly''.

There had been no public comment since then until the release of Mr Orders' pre-election report yesterday.

It included a section on the stadium, which reiterated the project's shortfalls but stressed lessons had been learnt.

Asked again whether heads would roll, Mr Orders told the ODT that no individuals - inside or outside council - had been blamed.

PWC had given the council ''supplementary information'' relating to $3.7 million of unauthorised spending on the stadium's catering fit-out, Mr Orders said.

However, the council's legal advisers had concluded ''that there was no individual culpability'', he said.

Mayor Dave Cull last night acknowledged the conclusion left ''some loose ends'' about individual responsibility, but believed that was unavoidable partly because of the flaws in the project's structure.

The arrangements had made it ''impossible'' to identify individuals responsible ''for anything that went wrong'', he said.

Mr Harland quit the council in early 2011, while Mr Stephens - who was acting chief executive after Mr Harland's departure - resigned suddenly in March this year.

Mr Harland was also reluctant to comment, but insisted he helped prepare the best information possible for councillors, including identification of potential risks.

The material had survived peer reviews and been tested through the courts, which found the stadium processes were ''appropriate'', but he would not comment on PWC's more critical view.

''The councillors at the time considered all that information and made a decision. That's what happened.''

''These must be transparent and able to withstand rigorous analysis . . . lessons have been learnt and will be implemented in any future projects,'' he said.