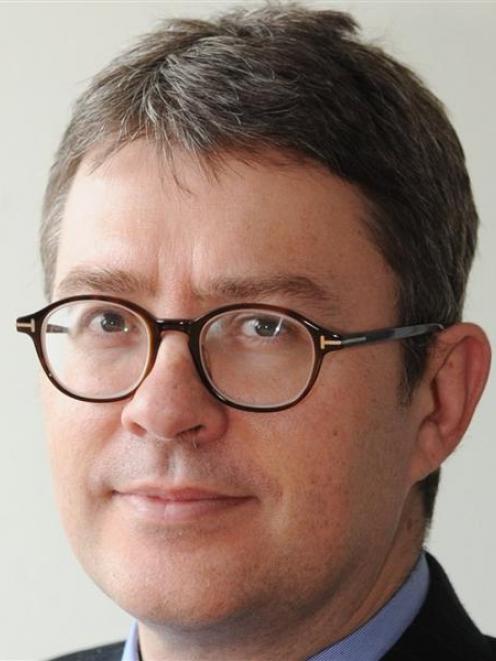 Paul Orders
The Dunedin City Council now has 41 staff earning more than $100,000, but spending on key management personnel is less than it was two years ago, chief executive Paul Orders says.

The council's annual report for the year to June 30 showed that while the total number of council employees had declined, the council's total annual wage and salary bill remained about the same. The report was published yesterday and will be considered at a full council meeting on Monday.

While staff numbers were reducing, service levels were being maintained.

''Certainly that's the message from the resident opinion survey, where approval ratings across the range of council services were overwhelmingly up.''

The organisation was removing duplication of posts and vacancies where possible and reallocating the work, which he described as ''the normal stuff of proactive financial management''.

Staff had identified $12 million of savings across council budgets for the 2012-13 year, allowing rates increases to stay at 4.9% and an extra million a year be paid on stadium debt, he said.

The 2012-13 year was a test of the council's ability to work within a constrained financial/budget framework''It's all very well setting the budgets. The crucial thing is that you can still deliver services within that budget framework,'' Mr Orders said.

And the council had managed to generate savings while maintaining services, even improving them in most areas.

''If you look at performance measures - the services year on year, we're doing quite well, the trend is pointing in the right direction.''

The report showed shedding staff cost the council $368,696 in the past year, down from $628,513 in severance payments made to 10 departing staff the previous year, when two senior managers received significant payouts.

The 2012-13 spending included five payouts, with one payment of $221,062 understood to have gone to former finance and resources general manager Athol Stephens, who left in March. In the past five years, the council has paid out 32 departing staff $1,472,291.

It shows 41 council staff being paid more than $100,000 a year, one more than in the previous financial year.

Mr Orders said he was confident the management overheads of the council compared ''very favourably'' with those of similarly sized councils.

Staff numbers are expected to continue decreasing this financial year in line with changes agreed in the 2013-14 budget.

Councillors and key senior management received $2.2 million of that total, $300,000 less than the previous year.

Asked why the total wage bill appeared to not be decreasing significantly as staff numbers reduced, Mr Orders said it was trending downwards despite the cost of living adjustments.

The report shows a small operating surplus of about $8 million.

It confirms the council's consolidated debt - spread across the Forsyth Barr Stadium, the council and its companies - rose to $623 million, up from $616 million at the end of the 2011-12 financial year.

The report notes 2012-13 was the last year of capital expenditure on a number of large debt-funded capital projects and upgrades.

Core council debt is expected to continue to rise from $225 million at June 30 to peak at $272 million in 2015-16, before beginning a gradual decline.

Servicing that debt would be a primary factor in the council's financial planning for the decade ahead, Mr Orders said.