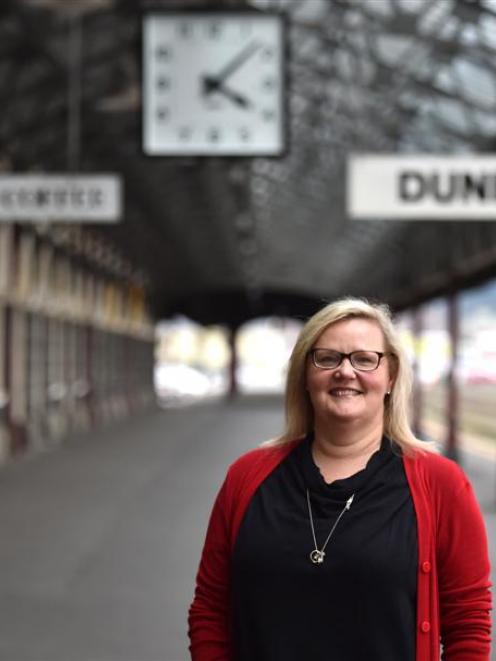 iD Dunedin Fashion Committee chairwoman Susie Staley yesterday stepped down after 15 years in the role. Photo by Gregor Richardson
The woman who has steered the iD Dunedin Fashion show from a single night at the Dunedin Railway Station to a week-long extravaganza is calling time on her involvement.

iD Dunedin Fashion Committee chairwoman Susie Staley yesterday announced she was stepping down from the role she has had for 15 years, with this year's event having turned a profit and in a much stronger financial position than a year ago.

What was a single show when she started now lasts a full week that this year boasted more than 40 events across the city.

But the voluntary role, which has come at some personal financial cost - Ms Staley said she has paid for her own travel costs on trips - has taken its toll.

''I've been there too long,'' she said of her decision to leave.

The event was also in a ''great'' position financially.

Ms Staley said at the annual meeting of the committee yesterday the fashion week had turned around from being in a situation last year where there was serious consideration of it not being held, to this year making a profit and rebuilding reserves.

Ms Staley (52), a Dunedin lawyer, said those reserves were in deficit as this year's fashion week was being organised.

She said after the meeting she would ''of course'' miss being involved.

Ms Staley said she would also not miss lying awake at night worrying whether the show would attract international designers, or ''can we pull it off?''.

The iD International Emerging Designer show had built well, and would ''future proof us''.

Ms Staley said there was the opportunity for that show to grow, but to do so, it would have to move from its town hall venue.

She had discussed using Forsyth Barr Stadium, but the set-up costs there would be more expensive, so it was not an option at this stage.

Ms Staley said it was expected committee member Cherry Lucas would take on the role of chairwoman.