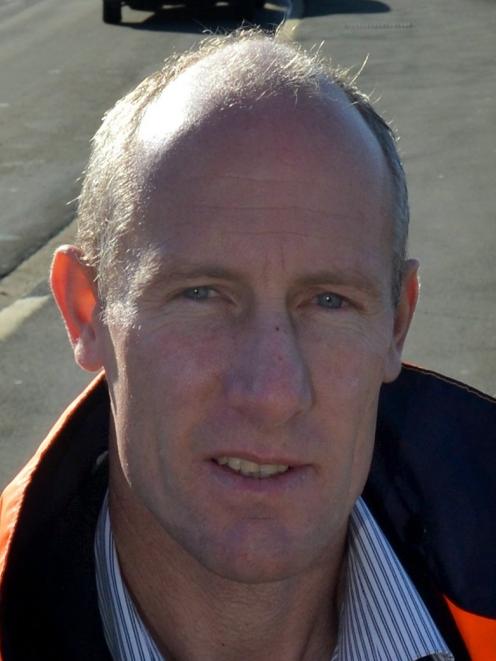 Peter Standring
The Dunedin City Council will begin building a temporary rescue boat launching ramp at the north end of the St Clair Beach sea wall next week, after this week dumping another 1000 tonnes of rock along the wall.

The ramp is to run from the north end of the Esplanade down to the beach, and will be used by the St Clair Surf Lifesaving Club to get its inflatable rescue boats to the water.

The club lost its original concrete ramp after the sea wall near the ramp was undermined and the fill behind the wall sucked out to sea earlier this year.

Council roading maintenance engineer Peter Standring said the new ramp would be constructed from a rock base with a sloping reno mattress on top.

The structure would be temporary, with a view to becoming permanent if it worked well, he said.

A consent application was lodged, but the ramp would be built at the same time as the application progressed, as it needed to be in place for the start of beach patrols at the end of this month.

The cost of fixing and protecting the wall continues to mount as other work goes on.

During the past week 1000 tonnes of solid rock from Palmers' Quarry, each stone weighing up to 1.5 tonnes, have been placed along the base of the wall as protection from the sea.

It added to the 2000 tonnes of rock put in to protect the toe of the wall at the north end earlier this year, after sinkholes opened up in the Esplanade.

Mr Standring said the first rock placement was included in the already documented $500,000 cost of immediately fixing that problem.

Consultants hired by the council to look into the problem plan to report to the council next week, and may be required to do more work.

Mr Standring said the council was keen to take any opportunity it could to do the protective work.

There had been rocks in front of the wall, but over time they had become smaller, due to wave action, to the point where they were small enough for the sea to pick them up and slam them into the wall, potentially damaging it.

The bigger rocks were placed over the top of the small ones to stop that happening.