Staynes likely to be deputy 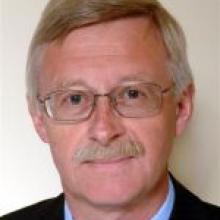 Chris Staynes
Dunedin's next deputy mayor looks set to be Cr Chris Staynes, with his appointment expected to be confirmed at a Dunedin City Council meeting next week.

Mr Cull confirmed the details when contacted yesterday and indicated he did not expect Cr Staynes' nomination to be rejected when put to the vote at the new council's inaugural meeting on Tuesday.

Mr Cull had spoken to each councillor before making his decision, he said.

Mr Staynes said last night there were a couple of roles he would have been happy to take, but "I left it up to Dave" to make the decision.

He had the experience of his first term as a councillor and his "previous life" in the business sector to help him in his role.

One of his skills was to get people to work as a team, and that could be used to get council staff and elected members to have "a common vision".

However, Cr Staynes' imminent appointment has already angered Cr Fliss Butcher, who criticised his selection - instead of a female candidate - when contacted yesterday.

"I don't see much diversity in the line-up - that's how I'm feeling about it," she said.

Cr Butcher said she discussed the appointment with Mr Cull on Sunday and had suggested Cr Kate Wilson, also of Greater Dunedin. However, it appeared Mr Cull "had his mind all made up anyway", she said.

Asked if she was in the running, Cr Butcher laughed and said, "Of course not. I don't have a willie - I'm a woman."

Mr Cull rejected the criticism yesterday, saying he was focused solely on picking the best person for the job.

"I think the idea of appointing someone because they're old, young, a woman, gay or dark-coloured is inane. Lots of people give me suggestions and I listen to them all."

Mr Cull said he had worked more closely with Cr Staynes "than any other councillor" and the fact both men were Greater Dunedin colleagues was "not necessarily" an advantage.

"I find that he [Cr Staynes] is a man of intelligence and integrity and I trust him implicitly and he's very supportive."

Cr Staynes' appointment as deputy mayor - if confirmed on Tuesday - would mean extra work and potentially a pay rise to match.

Cr Staynes was paid $42,645.90 in the 2009-10 financial year for his role as a councillor and deputy chairman of the finance and strategy committee, but as deputy mayor his remuneration could increase to $60,000.

The pay rate was yet to be confirmed, with possible changes to remuneration to be considered by councillors on Tuesday, followed by community boards and the Remunerations Authority.

"I fully support his choice and I will be supporting it at council on Tuesday."

He declined to say whether he would have accepted an offer to continue in his role, but said he had not sought to be reappointed.

"It's a privilege to be asked - it's not something that you seek."

• Details of any changes to the structure of council committees, and who will hold the chairmen and deputy chairmen positions for each, will be confirmed at Tuesday's meeting.