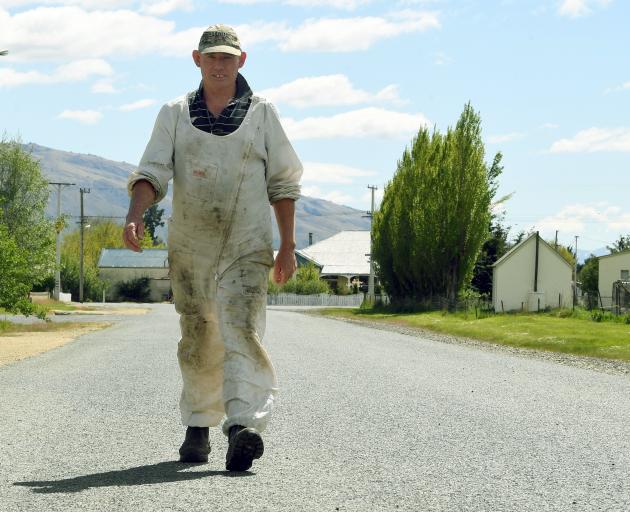 Fire and Emergency NZ (Fenz) has acknowledged a draft investigation report into Grant Tisdall's claims of bullying in the Middlemarch Volunteer Fire Brigade was released to brigade members.

The incident, coupled with what he described as poor treatment by Fenz and unrest in the brigade, resulted in Mr Tisdall (61) turning his back on it after 43 years.

Mr Tisdall said, after such lengthy and consistent community service, he had been on leave from the brigade for three years, but was prompted to speak out after the incident last month.

A draft investigation report into his claims, which included that private information about Mr Tisdall, was circulated to some members of the brigade before he had seen it.

He learned of the issue through discussions with members of the brigade.

In an email to several high-ranking FENZ staff in October, United Fire Brigades' Association stakeholder manager Ceara Owen-Perry said the release of the report was a "serious breach" of protocol and had a significant impact on Mr Tisdall.

"Not only has the release of this report had a devastating impact on Grant's wellbeing, but it shows bias and predetermination of the issues and the outcomes."

The incident damaged Mr Tisdall's ability to return to the brigade, which the draft report had recommended, she said.

In a statement, Fire and Emergency NZ region manager Mike Grant said the organisation was sorry for the privacy breach.

"All brigade members were contacted and confirmed they had either not received, or had destroyed, their copy of the report."

The investigation had stemmed from Mr Tisdall's having made claims of bullying and unrest in the brigade.

Mr Grant said the organisation did not tolerate any bullying or harassment, and allegations were taken seriously.

Multiple mediation sessions were facilitated between those involved in the allegations of bullying in Middlemarch Volunteer Fire Brigade, he said.

Subsequently, an independent review was conducted in August 2018.

"The investigation found the claims were not substantiated but highlighted there were differences in opinions and approaches, not uncommon in a workplace."

It followed a wide-ranging review earlier this year into bullying and harassment within the organisation.