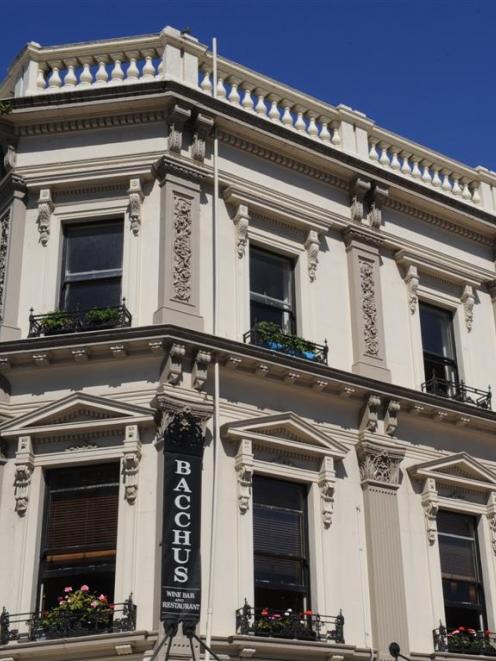 Bacchus wine bar and Regent Theatre, in the Octagon. A building owner has suggested a new council fund be set up, with the money used for strengthening buildings against possible earthquake damage. Photo by Stephen Jaquiery.
A Dunedin building owner is calling on the Dunedin City Council to establish a new fund - financed by borrowing - to fast-track strengthening buildings against possible earthquake damage in the city.

Building owner Dr Hayden Cawte, of New Zealand Heritage Properties Ltd, told yesterday's council annual plan hearings the money could be made available as an up-front loan to building owners, to pay for the upgrade of their properties.

The money could be offered at a more affordable rate and paid back over longer periods using a separate targeted rate, which could be tied to each building drawing on the fund, Dr Cawte suggested.

That would mean the outstanding amount would remain with the building and be transferred from one building owner to the next, should the building be sold, he said. Interest should also be added to ensure the scheme came at "negligible" cost to the council.

However, the scheme would reduce demand for the council's rates relief fund, which could instead be channelled into other areas or used to subsidise interest payments, he said.

If approved, the scheme could bring "immense" benefits to Dunedin by reducing the time it would take to make the city's older buildings more resistant to earthquake damage, and therefore reducing the risk they posed to the public, Dr Cawte said.

The scheme would promote the economic reuse of heritage buildings, encourage new tenants to make better use of them and boost landlords' income, he said.

His suggestion came after councillors in March opted for a draft earthquake policy, requiring building owners to increase strengthening to a minimum 34% of new building standards.

The policy would create a database of buildings that might be prone to damage from an earthquake, with owners given two years to prove their building was not.

An assessment procedure would follow, and if an owner did not meet requirements imposed, the council could exercise its powers under the Building Act.

Submissions would close on May 27, with a hearing due in August and the new policy due to be in place by November. 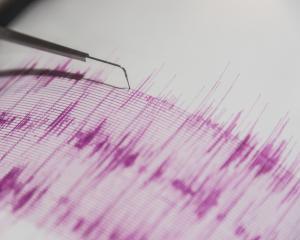