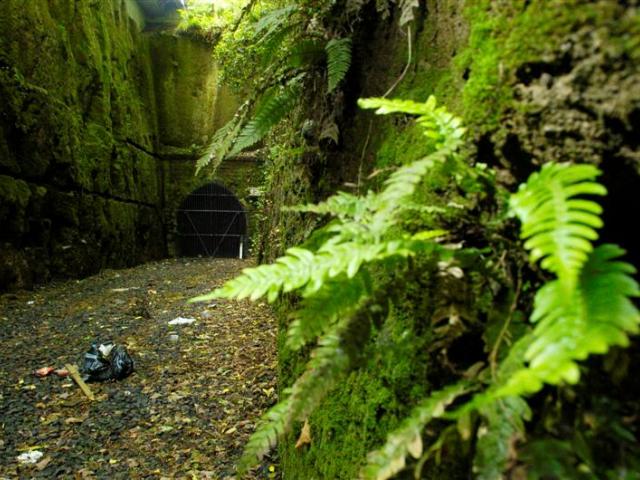 The Dunedin City Council has committed to reopening the Caversham tunnel to cyclists and pedestrians, and will spend $100,000 on tunnel safety work in the next year, despite a blunt warning about the dangers inside.

An extra $1 million in insurance premiums effectively wiped out any savings made by the Dunedin City Council this week, leaving a rates rise of 7.7% for the next financial year.
The Dunedin City Council is to consider more modest plans for a possible "landmark" bridge, linking the central city and harbourside area, and bringing the project forward.
Dunedin city councillors have swung the axe on a series of controversial projects - including spending on John Wilson Ocean Dr and the city's shark nets - in a last-ditch effort to reduce a looming 7.5% rates increase.
Shark nets are likely to be removed from Dunedin's beaches, after city councillors voted overwhelmingly in favour of ending the long-running programme.

Dunedin city councillors have made a dramatic last-minute change to plans for John Wilson Ocean Dr, by axing a proposed upgrade and instead voting to keep the road closed to vehicles.

Spiralling oil prices mean a radical rethink of Dunedin's public transport is needed, and the Dunedin City Council should take control of the network and consider new initiatives to boost patronage.

A Dunedin building owner is calling on the Dunedin City Council to establish a new fund - financed by borrowing - to fast-track strengthening buildings against possible earthquake damage in the city.

The Dunedin Tunnels Trail Trust has asked for a major funding boost to progress work on reopening the Caversham and Chain Hills tunnels to cyclists.
A property developer and a house builder have joined forces to call for a shake-up of the way the Dunedin City Council handles consent applications.

The Dunedin Gasworks Museum needs another $2 million to finish refurbishment work, and ratepayers are being asked to foot the bill.
There is a point on the afternoon of day three of an annual plan hearing where even the very best, most well-exercised brains begin a sort of intellectual implosion.
Dunedin needs to do more to prepare for a tsunami, a group advocating for a new early warning system in the city has told Dunedin city councillors.
All playgrounds across Dunedin should be declared smokefree, with signs installed to remind parents watching over their children not to light up, Public Health South says.

Opposition to shark nets in Dunedin has been a surprise at the annual plan hearings, with 157 submissions on a subject that has only recently been raised.

The first of many submissions on John Wilson Ocean Dr came before the Dunedin City Council hearings committee yesterday morning, with Colleen and Arthur Linnell, of Kew, arguing the road should be kept the way it was - closed.

There were no gauges at the Fullwood Room to check for climate changes during debate on Dunedin's annual plan yesterday.

Dunedin's annual plan hearings have a recent but illustrious history of members of the public using props to more strongly make their point.

Former Stop the Stadium president Bev Butler has proposed the Dunedin City Council employ someone with no Dunedin connections and no potential conflicts of interest to investigate ways to reduce Dunedin's debt burden.