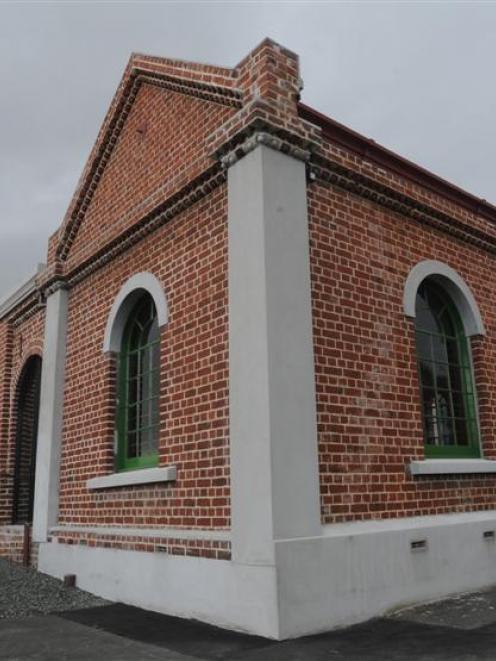 The renovated Gasworks fitting room. Photo by Peter McIntosh.
The Dunedin Gasworks Museum needs another $2 million to finish refurbishment work, and ratepayers are being asked to foot the bill.

Their requests included asking the council to set aside$1 million in each of the 2012-13 and 2013-14 financial years, to cover the cost of completing restoration of the gasworks complex, trust chairman Barry Clarke said.

The trust was also seeking funding to cover other requests totalling $140,000 for a part-time curator position, maintenance work and toilet facilities.

The museum was now recognised as the best-preserved example of its kind in the world, and should form the centrepiece of industrial heritage attractions in Dunedin.

However, a new estimate of funding required to complete the restoration was $1.5 million-$2 million, he said.

"We know that's a big ask, but they are category one buildings and they do belong to the city. We think you are going to look on that favourably in the years to come," Mr Clarke said.

The $2 million request was an approximate figure at this stage, and might be offset by money raised by the trust through ongoing fundraising activities, he said.

The timeline was also an indication only, as the work was not critical to stabilise the buildings, he said.

"We have got time on our side," he said.

Part of the extra $140,000 required was to cover the $65,000 cost of removing an Aurora Energy Ltd transformer from one of the site's existing buildings, to make room for toilet facilities wanted on site.

A part-time curator's position, costing $25,000, was also required to help promote the museum, he said.

The trust appreciated the council's past support, and said the museum was "on the verge of a breakthrough", he said.

"We think it will be a very successful asset for the city." Southern Heritage Trust founder Ann Barsby - a member of the gasworks trust - also spoke in support of the request for more funding.