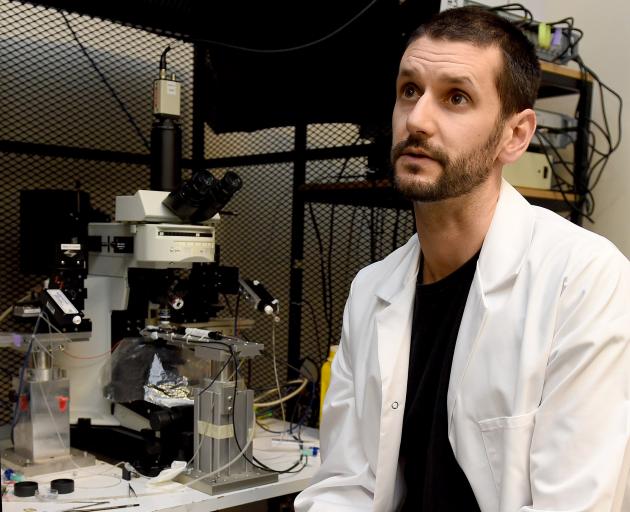 ''Research into how the brain controls stress is important, because of the high incidence of stress-related disorders in the population,'' University of Otago researcher Dr Karl Iremonger says.

There were dedicated centres in the brain to control stress, but these systems could sometimes break down.

''These neural systems are extremely complicated. Therefore, it's important to understand how they work in order to properly treat them when they fail,'' Dr Iremonger, of the Otago department of physiology, says.

Previous research in animals had shown that if the stress response was not suppressed during pregnancy, this increased the probability of anxiety and depression-like symptoms.

Learning more about how the brain naturally suppresses stress responses, such as during pregnancy, could help in understanding and eventually treating other stress-related disorders, he said.

Dr Iremonger recently received a Health Research Council grant of $1,167,222 and aimed to clarify the way the hormone prolactin helped to suppress stress during pregnancy.

Prolactin is thought to drive many neural adaptations during pregnancy and lactation, including the suppression of behavioural and endocrine stress responses.

''It is speculated that the inability to suppress stress responses may lead to disorders such as perinatal depression,'' he said.

Perinatal refers to the period immediately before and after birth.

Dr Iremonger, of the department's Centre for Neuroendocrinology, is working on the research with centre director Prof Dave Grattan.