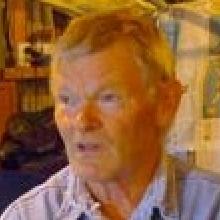 Dave Witherow
"Sort the System" has been chosen by Stop the Stadium's committee as the new name for the organisation, part of changes to the constitution members will be asked to vote on this Sunday.

President Dave Witherow yesterday released the proposed changes to the incorporated society to be put to the meeting.

The meeting, announced this week, follows Mr Witherow's stated intention of changing the aim of the organisation from stopping the stadium, which is now being built, to campaigning during next year's local government elections.

While he said this week the organisation would not run candidates, he wanted it to promote "good governance" and get rid of councillors who had backed the stadium.

Stop the Stadium's constitution lists its objects as preventing the stadium, communicating the views of members and providing an asset base for research and communication.

The proposed changes were "to ensure through effective action that the adverse impacts of the construction of the publicly funded stadium at Awatea St are contained as far as possible", and to "promote due democratic process in Dunedin city and Otago".

Another increases the number of group members needed to call an extraordinary general meeting from 10 to 20.

The final change was to change the name to "Sort the System".

The committee will have to gain the approval of two-thirds of members who attend the meeting, with that percentage required under the society's constitution to change its purpose from stopping the stadium to any new direction.

Group secretary Carol Sawyer said of the 15 responses to the emailed notification of the meeting, 14 had supported the new direction, and some had included offers of money towards costs.

The increase in the number of members required to call a general meeting was more fitting for an organisation with 1500 members. She believed members would support the changes.