Student breaks back in balcony collapse 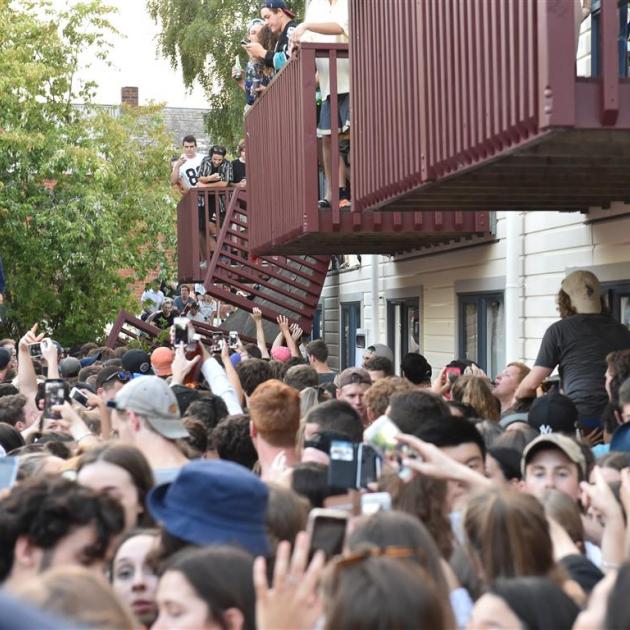 Students say they saw people jumping up and down on the balcony before it gave way. Photo: Gregor Richardson

The family of a 19-year-old student who suffered spinal injuries after a balcony collapsed in Dunedin fear she may never walk again.

Eighteen people were taken Dunedin Hospital's emergency department on Friday night after the incident at a block of flats at 598 Castle St, where police estimate 1500 people were watching the band Six60 perform. The balcony collapsed about 7.45pm, causing people to fall about 3 metres.

Two people remain in hospital in a serious condition. Otago University's vice-chancellor, Prof Harlene Hayne, yesterday confirmed that one was a young woman who attends the university. "My thoughts are with this young woman and her family at this difficult time," she said.

The injured woman's grandmother, who did not want to be named, last night told the Herald on Sunday her granddaughter had suffered multiple fractures.

When asked if she had concerns about the girl being able to walk again, the woman said: "I think the surgery went well, but the outlook's not great.

"She has broken her back in three places. It's pretty horrible. I'm sure she'll pull through but she's got a long road ahead."

The keen athlete, whom the Herald on Sunday has chosen not to name, remains in a serious condition in Christchurch Hospital.

Other family members of the woman did not want to comment yesterday.  But worried university friends relived the "hysterical" scenes that saw 18 people hospitalised. Sixteen have since been discharged.

Lauren Tye, a 20-year-old nutrition student, said members of her Varsity Women's A rugby team were on a night out as they waited for band Six60 to play. Four were directly below the balcony - which had up to 30 partygoers on it but was only built to take the weight of eight people - when it collapsed.

"I heard a crack from above me but I was lucky because I stepped back as it as it fell," Tye said.

She had been trying to get updates on her friend who has been transferred to Christchurch Hospital for surgery on her spine. "I don't know at the moment but she couldn't feel her legs last night or this morning," she said. 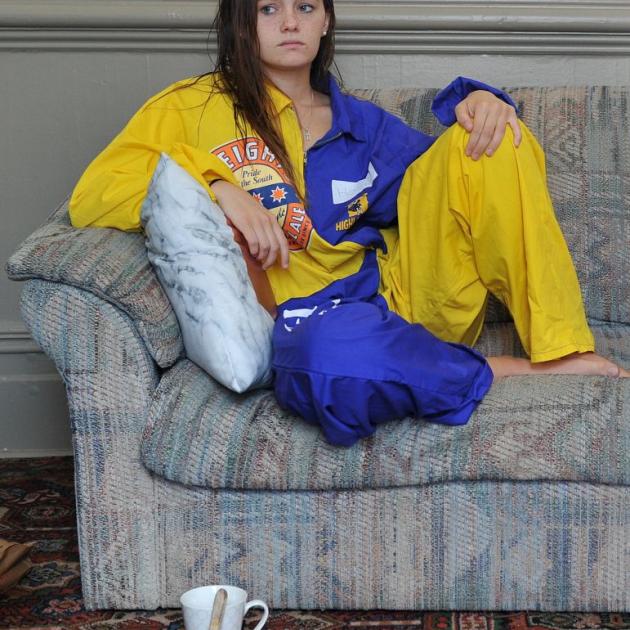 Three others were trapped beneath the platform. "It was scarier to sit there helpless and watch the other girls just lying there. Some of the rugby girls were hysterical. Seeing the state they were in was just horrible."

Tye escaped with a bruised ankle and a nasty lump on her head. A team-mate who broke a leg and fractured an ankle was now out of hospital.

Student Lily Adsett (19), who was close to the balcony when it collapsed, yesterday described the aftermath to the Otago Daily Times as "pretty slow-mo".

"There were just so many students helping out " and Campus Watch."

"We are very upset that people were hurt. We've checked in with the hospital and wish all those injured a speedy recovery," it read.

Film maker and animation expert Ian Taylor said he and videographers from Animation Research Limited were filming the Six60 concert in cutting-edge technology that enables viewers wearing head-sets to gain 360-degree views when the deck collapsed. He yesterday handed the footage over to police.

Mr Taylor would not publicly release the footage out of respect to those injured and the ongoing investigation.

A WorkSafe New Zealand spokeswoman said the department will decide whether to launch an investigation and were already working with police.

Richard McKnight, a shareholder in the company that owns the damaged flat, told the ODT he knew nothing about the collapse "apart from what I've seen in the press".

The company, Ogato Investments Ltd, had owned flats in the Castle St block since 2001.

Mr McKnight said he was not aware of any previous problems with the balconies. He had not been to the property yesterday, but said he would be "working through" the situation with the property manager.