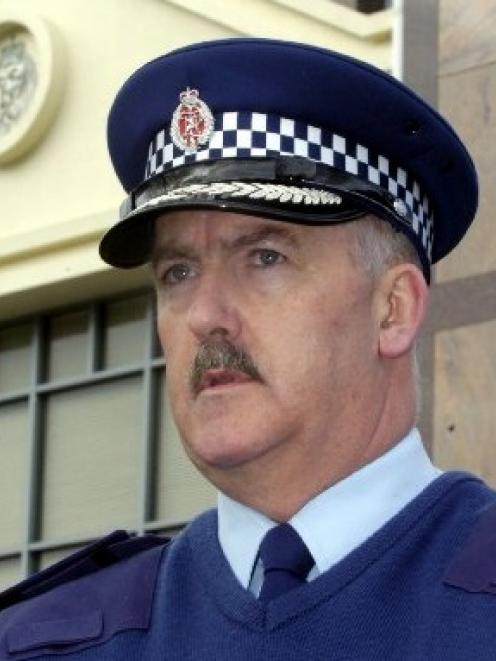 Alastair Dickie
Confirmation the Otago University Students Association (OUSA) toga parade will not be held next year has been welcomed by police, retailers and Dunedin's mayor.

The University of Otago disciplined 17 students for their behaviour under its code of student conduct provisions.

Three were suspended from classes for a semester and all were ordered to contribute to clean-up costs or pay compensation for damage and given formal warnings by police.

"After the shamozzle of this year's parade, we don't want a repeat," he said yesterday.

Traditionally, the parade had been a well-run and trouble-free event, he said.

"This year, the wheels fell off, for some reason. It caught us by surprise. It seems the parade has done its dash and should be replaced with something more civilised."

George St retailers were vocal critics of this year's parade and called for future parades to be canned.

Jeweller Brent Weatherall, whose shop window was broken on the night and cost about $2000 to repair, said yesterday the cancellation was "fantastic".

He said he and other retailers would have "stood outside our premises and defended our patches" if the parade had been held again.

Mr Weatherall said he embraced students but was "absolutely appalled and disgusted" at the lack of remorse and accountability shown by the OUSA after this year's parade.

OUSA president Edwin Darlow had not returned phone calls or responded to his written complaint about his shop window being broken, he said.

He said yesterday he was not against students enjoying themselves at a well-organised parade, but this year's event had not had sufficient security, marshalls or supervision.

"It is a shame to see one parade tarnish the event for future students, but if there is not going to be more marshals and more supervision, then cancellation is the only option."

Dunedin Mayor Peter Chin was "quite happy" the parade would not be held next year.

The OUSA used the disciplinary action meted out to students because of misbehaviour at the parade to challenge the legality of the code of conduct.

Last week, High Court judge Justice Warwick Gendall threw out the OUSA's case and ruled the university was able to have and apply a code on and off campusThe decision to cancel the parade was made before the High Court decision was released, Mr Darlow told the D Scene newspaper this week.

The Otago Daily Times was unable to contact him yesterday to confirm that.

In a statement sent to the ODT yesterday, Mr Darlow said the OUSA was still keen to hold some sort of orientation event which welcomed students to the city, not just to the university.

"What exactly that will entail we don't know at this stage. Announcements regarding the OUSA orientation programme will be made in due course."